She says it has been proved that Rs80mn given in aid were deposi­ted in the accoun­t of Shehba­z’s son-in-law
By News Desk
Published: July 15, 2019
Tweet Email 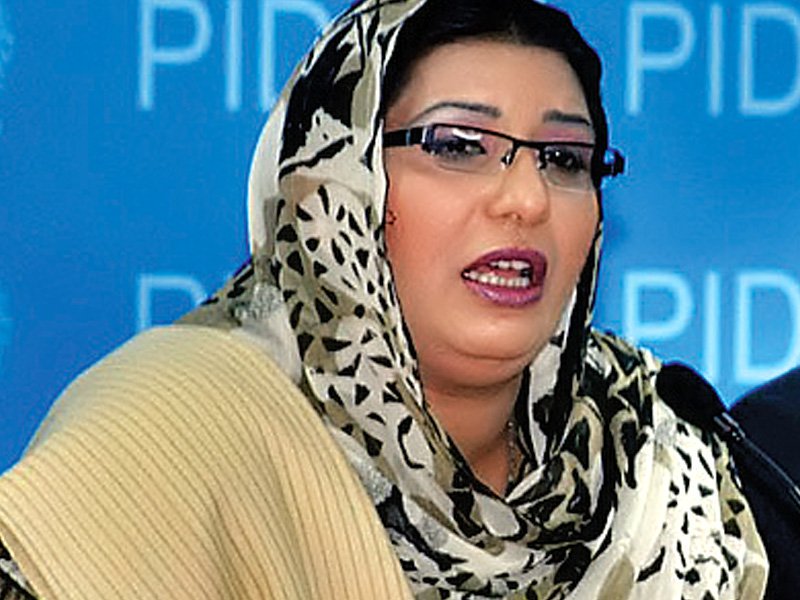 In a series of tweets on Monday, the adviser discussed the claims made by Daily Mail on July 14 of aid money being embezzled and laundered by Shehbaz Sharif and his family.

“An official cheque of Rs80 million given in aid for earthquake affected people was deposited in the bank account of former Punjab Chief Minister Shehbaz Sharif’s son-in-law Ali Imran. This fact was admitted by Earthquake Reconstruction and Rehabilitation Authority (ERRA) Official Ikram Naveed in his affidavit submitted to NAB in a plea bargain,” said Awan.

PM’s adviser continued, “The spokespersons of PML-N are telling lies. How long will these spokespersons continue defending theft, corruption and money-laundering.?”

“The list of black money and TTs [telegraphic transfers] by Shehbaz Sharif and his sons are so long that the spokespersons will soon get tired of defending it.”

According to Awan, “If Shehbaz, sons and son-in-law are honest then why did they flee from the country?”

“After the confession of ERR official, it is better that Shehbaz’s family makes a confession, and seek forgiveness for their corruption as the doors of repentance are always open,” she stressed.