The blaze couldn't be put out even six hours after it erupte­d
By Our Correspondent
Published: July 15, 2019
Tweet Email 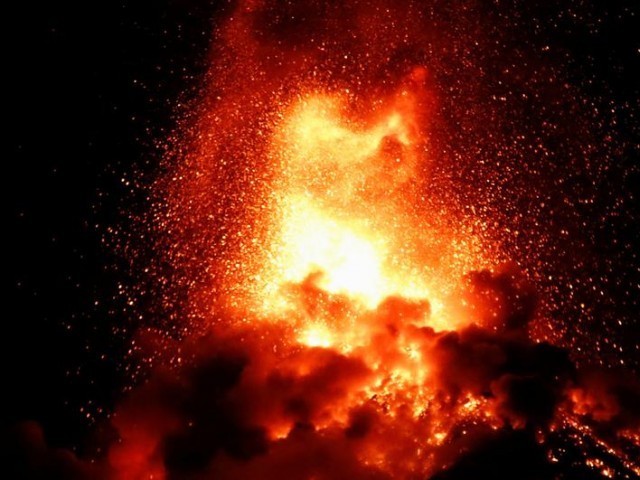 KARACHI: A garment factory, Fair Deal Textile, located in SITE Area, caught fire early on Sunday morning. The blaze that spread rapidly through the factory’s building couldn’t be controlled even six hours since after it erupted.

On being informed of the incident, two fire tenders immediately reached the spot, but soon more had to be sought as those present on the site failed to control the flames. Smoke from the fire and strong winds made it further difficult for fire brigade officials to put out the blaze.

Deputy Chief Fire Officer Imtiaz Ahmed explained that due to power suspension, exhaust fans in the factory were not working, which had resulted in the accumulation of smoke inside the factory’s building, making it difficult for fire fighters to control the fire. He said that factory’s building covers a large area and different parts of its building were on fire. Fire fighters attempted to control the flames by breaking the walls of the factory at eight selected spots, he added. Ahmed further said that the factory’s grey department, located on the first floor of the building, had also caught fire but the flames were concealed behind the heavy machinery and cloth piles kept in the department.

Karachi Water and Sewerage Board (KWSB) Managing Director Asadullah Khan said that emergency was declared at Sakhi Hasan and Nipa hydrants in light of the incident and water tankers were sent to the fire site to assist in controlling the fire. According to Khan, water tankers containing around 100,000 gallons of water had been sent to the fire site initially and KWSB officials were in constant contact with the fire brigade officials to stay up to date about the progress of the operation.

Baldia factory was set on fire under a plan, says IO

Pakistan Tehreek-e-Insaf leader, Khurram Sher Zaman, also visited the site of the factory and pointed out that fire fighters were facing difficulties in dousing the fire due to the unavailability of masks. He said that fire fighters have not been provided proper uniforms, shoes and paraphernalia to extinguish the fire and criticised the Sindh government for this negligence, calling it “incapable.”

He said that there have been several similar incidents of fire in the past, where flames engulfed factories for several hours and only died down after the structure was burnt to ashes.

According to fire brigade officials, the reason behind the fire couldn’t be determined immediately.