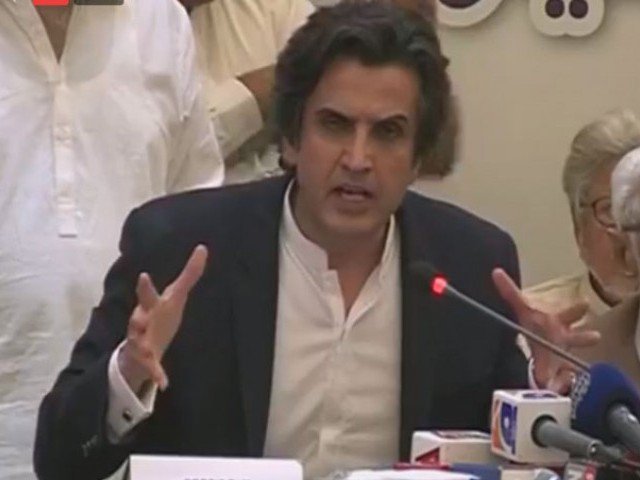 ISLAMABAD: The government has decided to set up China-Pakistan Economic Corridor (CPEC) Authority to upgrade the existing structure for speedy and focused execution of the projects.

This was announced by Minister for Planning and Development Makhdoom Khusro Bakhtiar while addressing a joint news conference along with Special Assistant to Prime Minister (SAPM) on Information and Broadcasting Firdous Ashiq Awan here on Saturday.

He said a bill to this effect will soon be introduced in parliament.

The minister said the authority will function under Ministry of Planning and Development and specialists in various sectors will work with a focused and scientific approach.

He said the two countries have also decided to establish Pakistan-China Business Council with a view to include people from the private sector to implement industrial and agricultural development projects under the second phase of CPEC. He said Pakistan has shared names of leading industrialists with the Chinese side for the purpose.

Bakhtiar noted that $8.5 billion ML-1 railway track project has been divided into three phases and that the preliminary design of the project was finalised during premier’s visit to China. He said the project will contribute to materializing the dream of regional connectivity through Pakistan.

The minister said Gwadar Master Plan was being finalized under which the city will emerge as an attractive smart port in the world. He observed that various projects were being executed in Gwadar under CPEC.

Bakhtiar maintained that the chairman of National Development Reform Commission of China will visit Pakistan in October this year.

The planning minister said the government was committed to all projects and agreements under CPEC. He said Pakistan Tehree-e-Insaf (PTI) government had signed agreements with China in agriculture, industrial and socio-economic development sectors under the second phase of CPEC.

Speaking about Prime Minister Imran Khan’s upcoming visit to United States, Bakhtiar said that the tour will strengthen the bilateral relations between the two countries and help in sorting out differences.

He said that exchanges at public-level through different programmes help Pakistan and US to understand each other.

Bakhtiar said that Pakistan had immense potential and due to its geographical importance, special attention was being paid on human resources.

He emphasised that contacts between the universities and industries must be enhanced.

Kartarpur modalities to be finalised today