Rise of Hindu extrem­ism in India is a crucia­l challe­nge for Pakist­an, says Sardar Masood Khan
By Our Correspondent
Published: July 12, 2019
Tweet Email 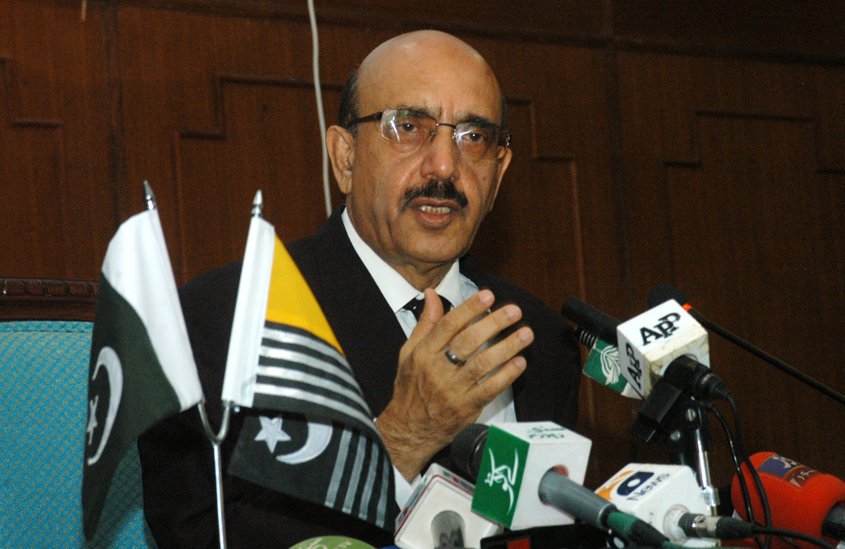 MURREE: Azad Jammu and Kashmir (AJK) President Sardar Masood Khan has urged teachers and educators to impart value-based education to students to make them responsible citizens of the country.

“We should teach our students to be honest, truthful, punctual, resilient and self-confident to ensure that they grow up with a sense of right and wrong,” said the president while addressing National Director Conference (NDC) of the Dar-e Arqam schools system on Thursday.

He advised the school management to accelerate efforts for the development of an educational system that focuses on equipping the youth with competitive practical skills, knowledge and character building.

“Multiple education systems in Pakistan were unable to fulfil the national needs in an era of rapid progress,” said President Khan while urging that the uniform education system in the country is a pre-requisite to achieve “our national objectives”.

He added that disparity in the education system is a major reason that the country lagged behind in various fields.

He went on to say that “our educational institutions, both in public and private sectors, should set a target to make Pakistan one of the 10 most economically developed countries in the world by preparing students to become, engineers, doctors, technologists, economists and entrepreneurs.

Terming Turkey, Malaysia and Indonesia as emerging markets of the Muslim World, the president said: “We should also make a resolve to put Pakistan on the path to progress and prosperity in the next 15 to 20 year.s.

Describing the China-Pakistan Economic Corridor (CPEC) a “blessing” for the country, he said CPEC would help the country to develop its infrastructure, energy, agriculture sectors and will hopefully transform the country into a regional economic hub.

Speaking on the external and internal challenges, President Khan said that Pakistan is facing the crucial challenge of rise of Hindu extremism at its eastern neighbourhood “due to which Muslims in India are also facing difficulties”.

He said, “Saving the lives of our brothers and sisters in Indian occupied Kashmir and helping them to realise their right to self-determination was another challenge that we will have to meet with unity and national cohesion.”

Govt vows to back Sanjrani