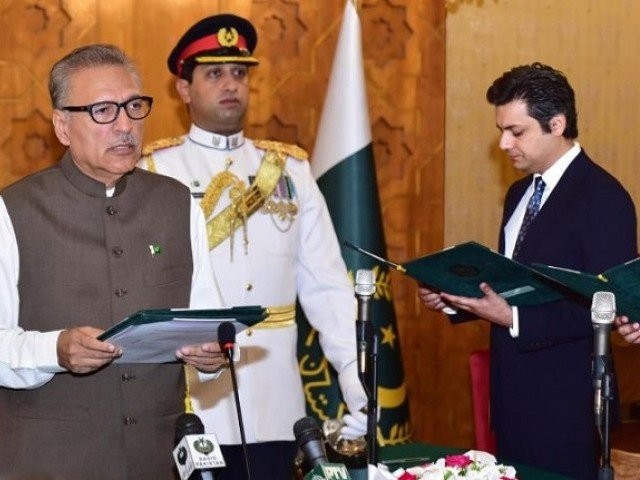 Instead, Azhar was assigned a comparatively less important portfolio of federal minister for Economic Affairs Division (EAD), which in the past had remained an integral part of the finance ministry.

PM Imran announced to elevate Azhar as federal minister due to his exceptionally good performance in the presentation of the budget and its defence in the National Assembly against a charged opposition.

Sources in the finance ministry told The Express Tribune that Shaikh lodged strong protest with the prime minister on Tuesday over withdrawal of the Revenue Division portfolio. He even hinted at resigning from his position, said another source.

The premier conceded to Shaikh’s demand, as he could not afford to change another finance minister within three months, said the sources.

Azhar took an oath as the Federal Minister for Revenue on Monday and remained on the position for just 24 hours.

Azhar, son of former governor Punjab Mian Muhammad Azhar, was earlier serving in the cabinet of PM Imran as Minister of State for Revenue.

He was the second cabinet member who was elevated to a full federal minister post due to his good performance. Earlier, PM Imran had elevated Murad Saeed as Federal Minister for Communication.

When the development took place Azhar was busy with the traders’ community that has threatened to go on strike against the budgetary measures.

“The prime minister has also been pleased to approve that Dr Abdul Hafeez Shaikh, an adviser to PM Imran shall cease to hold the portfolio of Economic Affairs Division with immediate effect,” according to the Cabinet Division.

It added that Shaikh was again handed over the portfolio of Revenue Division.

In April this year, PM Imran had appointed Shaikh as Adviser on Finance, Revenue and Economic Affairs after the premier ousted Asad Umar – his close confidante.

The Revenue Division is responsible for tax policy, tax administration, avoidance of double taxation agreements with other countries, legal proceedings and litigation in tax matters and administration of Customs and Excise Group and Income Tax Group, according to the Rules of Business of 1973.

Sources said Shaikh did not like PM Imran’s move and saw it as an attempt to clip his wings. The decision to separate Revenue Division, also in-charge Division of Federal Board of Revenue (FBR), greatly reduced the Shaikh’s powers.

The decision to separate the Revenue Division from the finance ministry might have impacted implementation on the $6 billion IMF programme whose success hinges upon the FBR’s ability to deliver on annual tax collection targets.

Traditionally, there was always a lack of coordination among various divisions, as every Division tries to protect its own turf.