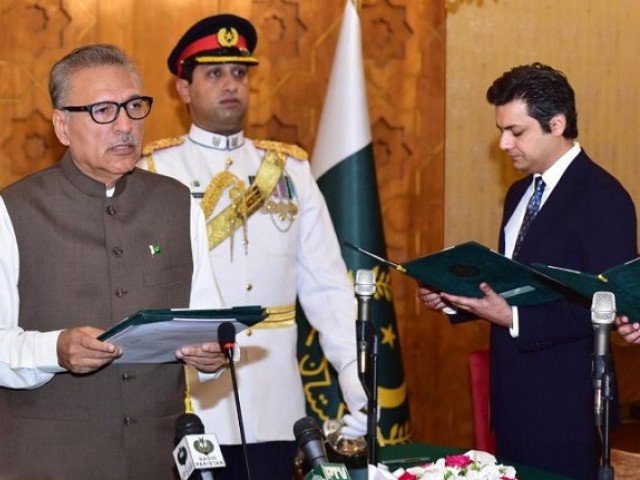 Former minister of state for revenue Hammad Azhar was elevated to Federal Minister for Revenue Division on Tuesday, said a notification issued by the Cabinet Division.

The oath for federal ministership was administered by President Alvi on Monday.

According to the notification, Azhar will cease to hold the office of state minister for revenue.

Following Azhar’s elevation as a federal minister, Dr Hafeez Shaikh no longer continues to hold the position of advisor to the prime minister on revenue division.

However, Shaikh shall continue to serve as the advisor to the prime minister on finance and economic affairs. 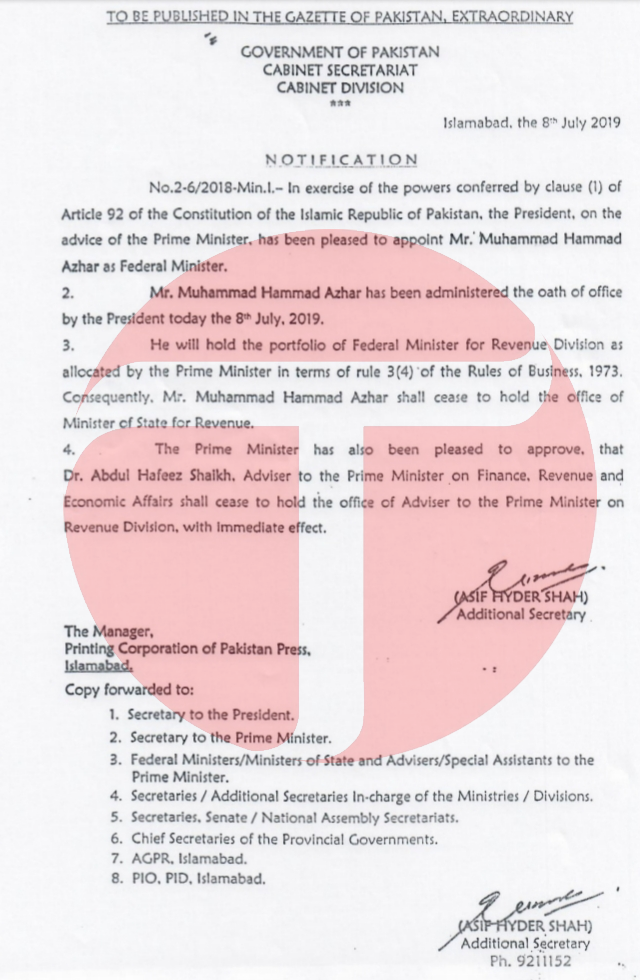 A barrister by profession, Azhar joined Pakistan Tehreek-e-Insaf in 2011. He is the son of former Punjab governor Mian Azhar – who started out as a politician in the PML-N and then played a role in the formation of PML-Q.