Car snatch­ed at gunpoi­nt on Monday was being driven by brothe­r of former advise­r to CM
By Sajid Rauf
Published: July 9, 2019
Tweet Email 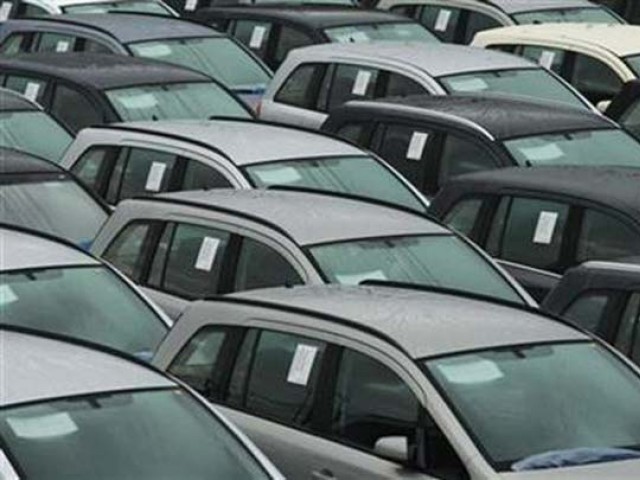 Over a million such cars are on the roads as the previous governments' did not evolve a mechanism to register them, the QCCI official says. PHOTO: REUTERS

KARACHI: In yet another incident of vehicle snatching, armed robbers took away a government-registered car at gunpoint from Defence Housing Authority (DHA) on Monday morning. This was the 12th incident of its kind in the current year, whereby a government vehicle has been stolen from DHA or Clifton area.

According to police, the latest incident involved a 2016-model white Toyota Corolla, bearing registration number GSC 877, and was attached to the services and general administration department of the provincial government. At the time of the robbery, the vehicle was being driven by Arbab Ali, the brother of a former adviser to the chief minister, Yusuf Mastoi. The incident took place in DHA Phase IV, Commercial Lane 2.

According to Darakshan Police Station SHO Shah Jehan Lashari, at least three armed persons were involved in the robbery. The SHO, while quoting Ali, said that one of the suspects was wearing a police uniform while the other two were in plainclothes. He added that the police have collected CCTV footage of the incident and have begun investigating the incident.

The investigations, however, haven’t really produced results with only three of the 12 cars, stolen or snatched this year from DHA, having been recovered.

On May 2, a Toyota Corolla, GSC 859, was snatched at gunpoint within the remits of Clifton Police Station. In the same area, a Suzuki Potohar, GS 3251, was stolen on May 19. Only three of the above-mentioned cars have been recovered to date.

When The Express Tribune reached out to South DIG Sharjeel Kharal for comment, the official said that the Anti-Vehicle Crime Unit, formerly known as the Anti-Car Lifting Cell, primarily deals with vehicle theft.  The district police regularly meet the AVCU’s officials to discuss the strategy for curbing vehicle theft.

According to the DIG, youth from Upper Sindh and Balochistan are involved in the incidents. He added that efforts were being made to control the situation, while the SSP has also been changed over the matter.

The new SSP has adopted a strategy under which the district police and AVCU officials carried out snap checking during the month of Ramadan due to which such incidents have decreased.