At least 14 electr­ic boxes, each worth Rs12,000, have been stolen from the reach one zone of BRT
By Our Correspondent
Published: March 16, 2019
Tweet Email 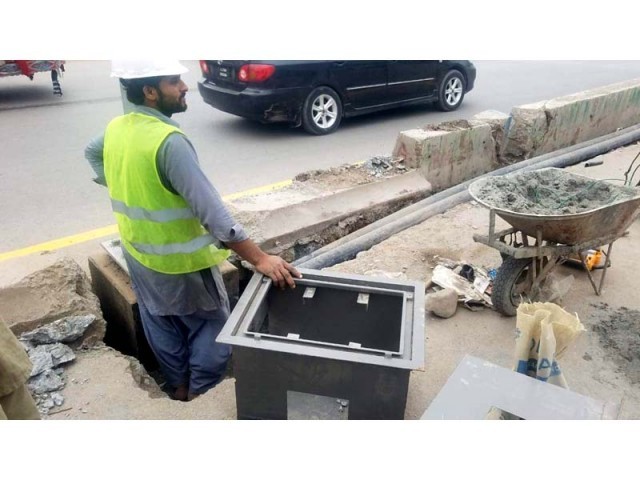 PESHAWAR: Drug addicts and petty thieves have hit bonanza at the incomplete site of Bus Rapid Transit (BRT) route. At least 14 electric boxes, each worth Rs12,000, have been stolen from the reach one zone of BRT. After having cut sections of safety iron grills, the scavengers have now stolen electricity power boxes. Nominal security on the BRT route has made the project vulnerable to the ravages of drug addicts and thieves who runaway with whatever piece of metal they can lift from the place. The safety grills on reach have been replaced twice after thieves stole huge sections of iron. According to people working at BRT said the contractor has been directed to reinstall the boxes on the route in Gulbahar and Haji Camp.