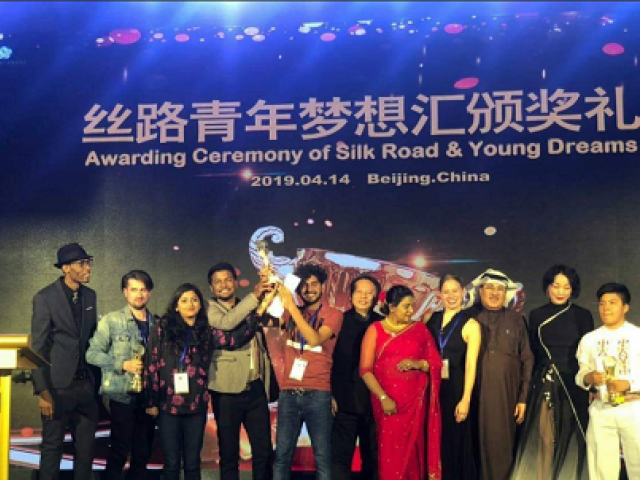 BEIJING: Pakistani students on Tuesday clinched top positions in music, speech and photography competitions, organised within the framework of the second Silk Road and Young  Dreams, an international gala event of youth exchange.

Over 30 young Pakistani students from educational institutions in China and Pakistan took part in the competitions and elegantly displayed their talents in the three-day event.

Nearly 300 contestants from 70 countries in five continents of Europe, Asia, Africa, America and Oceania participated in the event, organised to welcome the forthcoming Belt and Road Forum for International Cooperation, scheduled to be held later this month.

The students of Pakistan Embassy College Beijing (PECB) won five positions in speech, photography and music categories of the competitions.  Abdul Rehman, a talented and young student of PECB, secured the first position in the speech contest while Islam Khallili and Thembekeli secured third place in the photography competition.

In the music category, Maaz Ali and Fareen Maharver were declared winners of the third position. Bilawal Khan, Istahsan Arshad and Ronica Wilson, students of the Superior College Lahore, who were sponsored by their college to participate in the contest, secured top slots in different categories of music competitions.

Cultural Counsellor, Raheel Tariq, who provided a stage for Pakistani youth to shine with talents and potentials at the second edition of Silk Road and Young Dreams, informed that most of the students, participating in the event, were studying in China while some contestants came from Pakistan.

“We apprised our students in China particularly studying in educational institutions in Beijing, about the event and invited them to participate,” he added.

Raheel Tariq remarked that participation of Pakistani youth in the contest would further cement cultural ties and promote people-to-people contacts between the all-weather friends and iron brothers.

‘Strongest winds’ set to hit Islamabad in next 48 hours