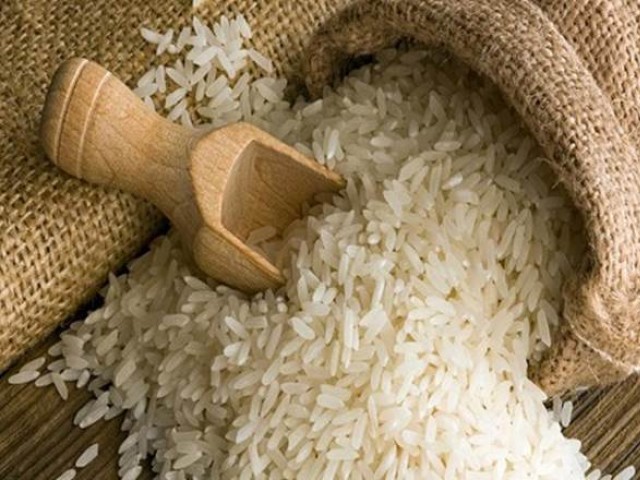 ISLAMABAD: Agriculture serves as the backbone of Pakistan’s economy as it contributes 19.5% of gross domestic product (GDP), provides employment to 42.3% of the labour force and provide raw material for several value-added industrial goods.

Therefore, agriculture plays a major role in strengthening the national economy, ensuring food security and poverty reduction. Increase in population and rapid urbanisation have further pushed up the demand for high-value perishable and packed products such as fruits, vegetables, poultry, fish, dairy, meat and other processed food items.

Previously, Pakistan tried to produce its own oilseeds such as mustard, canola, sunflower and even soybean but lack of interest and support from the quarters concerned, and an unfavourable market mechanism never attracted growers’ interest.

Consequently, Pakistan is spending not only a huge amount of foreign exchange but local production is also discouraged.

In addition to oil extraction, Pakistan is also increasing reliance on imported oilseed meal for poultry and livestock, thereby discouraging the use of locally produced oilseeds like cottonseed, mustard and canola seeds as a cheap alternative.

Major imports of other foodstuff can easily be curtailed through coordinated efforts by national and provincial government agencies and devising smart policies besides involving the business community.

The promotion of domestic agriculture will require smart policies which favour farmers, traders and satisfy the needs of citizens by providing essential food items at affordable prices. This is a major challenge now as agriculture has been devolved to provinces, therefore, the federal government and all the four provinces as well as Azad Jammu and Kashmir (AJK) must be on the same page.

Provinces are empowered to make their own policies for the promotion of agriculture as per their socio-economic and ecological conditions. Exports, imports and national food security research are handled by the federal government, making it very difficult for the central and provincial governments to frame harmonised policies. Post-devolution institutional re-organisation has mostly left behind a very weak institutional structure at the federal level whereas at the provincial level the capacity is low which is insufficient to cater for increased professional and technical demand.

The Department of Plant Protection (DPP), an attached department of the Ministry of National Food Security and Research, is responsible for managing the export and import of all agricultural commodities. This is the most important organisation for monitoring and controlling the import and export by applying international Sanitary and Phyto-Sanitary (SPS) regulations, which have already been ratified by Pakistan under the International Plant Protection Convention (IPPC).

Rice is a major export commodity of Pakistan, besides cotton, citrus, mango, dates, vegetables, potato and other raw and processed foodstuff. Rice export has been stagnant not because Pakistan’s paddy production has decreased but because the country has failed to gear up and increase its technical capacity in line with the SPS requirements.

Rice export could be enhanced immediately but the DPP is facing a host of institutional capacity issues, which can be managed through aggressive capacity development.

The DPP is working with the lowest professional strength and is struggling to hire permanent quarantine professionals through a lengthy recruitment process. Similarly, other issues like legal reforms, state-of-the-art laboratory tools and techniques, and information and communication technologies (ICT) including online registration for import and export are badly affecting the performance of this important organisation responsible for enhancing Pakistan’s exports.

Rice is a major export commodity not only in terms of quantity but also quality. Data of the past five years shows total exports of 16.34 million tons and in the just ended fiscal year 2018-19 exports were the highest at 4.89 million tons in 11 months, followed by 2015-16 when exports reached 4.54 million tons.

Pakistan’s rice export potential is much higher provided adequate facilities are given and SPS conditions are met.

Traditionally, Pakistan’s rice export was meant for the Middle East and Africa, where most of the countries still have very low SPS requirements and thus most exports do not face any SPS-related problems. Therefore, Pakistan takes it for granted in rice export to other markets in Europe, America, Russia, China, Canada, Australia and Japan and faced hardships in meeting their SPS conditions.

Consequently, Pakistan lost the Mexico market due to infestation of the crop by Khapra beetle, also called cabinet beetle. The Rice Export Association of Pakistan (REAP) has identified four major issues in terms of SPS requirements.

First, farmers reuse the wheat gunny bags for transporting and storing rice, which are mostly infested with beetle and thus rice quality is also affected. Second, farmers tend to mix unripe or inferior quality rice with the superior quality paddy for maximising profit. Third, there is no effort on the part of provincial agriculture departments to educate and encourage farmers for the production and processing of quality rice for export. Fourth, there is a lack of rice processing units, technological support and awareness among farmers and exporters of promoting quality rice for export.

All these issues can be tackled through well-coordinated efforts by the stakeholders including national and provincial agricultural departments. There appear to be no serious effort so far by the stakeholders for improving the post-harvest processing and value addition to ensure export of quality rice as per SPS requirements.

Restriction on fishing forces fishermen to live hand to mouth

Relevant national and provincial agricultural departments, farmer associations and REAP must join hands for devising a strategy aimed at bridging the existing gaps that hamper the export of quality rice to the world. This will involve capacity-building of farmers, traders and the DPP staff, besides awareness-raising, enhanced coordination and support from relevant national and provincial departments.

This will greatly help in not only increasing rice export from Pakistan but will also help enforce relevant SPS-related provisions of the IPPC and ensure Pakistan comply with the international convention.

Like in the case of rice, similar measures may also be taken for other agricultural commodities to increase Pakistan’s exports. Pakistan has the potential to produce quality products for export as per SPS requirements, which can improve the trade parity in favour of Pakistan and bring more foreign exchange.