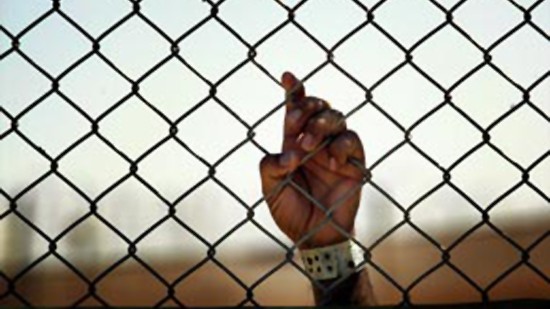 The rights group said it had acquired photographs from Tal Keif prison in Nineveh province that suggested it, along with the nearby Faisaliyah and Tasfirat facility, did not fit basic international standards.

One photograph depicted dozens of teenage boys packed into a juvenile detention centre, some in fetal positions. The floor was not visible amid the sea of limbs.

Another showed a room full of women and gaunt toddlers, with clothes and plastic houseware goods hung from the walls.

“To see these kinds of conditions persist means the prison population is still under threat. It’s incredibly frustrating,” she told AFP.

According to HRW, Tal Keif, Faisaliyah and Tasfirat were holding about 4,500 people, mostly on terrorism charges, nearly double their combined capacity of 2,500.

Nearly a third of detainees had already been convicted and should have been transferred from the three northern prisons to Baghdad, some as long as six months ago.

Legal advocates have no access to their clients, partly because the prisons have no space for meetings, according to a leading Iraqi specialist who visited the prisons and provided HRW with the photographs.

At least 500 ‘terrorists’ escape in deadly assaults on Iraq prisons

Iraq declared victory over the Islamic State group in late 2017 but has continued to carry out arrests of suspected IS members, including in Nineveh province and its capital Mosul, once IS’s main Iraqi bastion.

The government does not provide figures on detention centres or prisoners, but some studies estimate 20,000 are being held for alleged IS links.

The prison system has long been fiercely criticised for its abysmal conditions, with security forces accused of torturing prisoners to extract confessions.

Such abuse could lead to the radicalisation of vulnerable prisoners, analysts have warned.

“The authorities should ensure that the conditions in Iraq’s prisons do not foster more grievances in the future,” said HRW’s acting regional director Lama Fakih.

HRW urged Iraq to improve conditions to meet international standards and guarantee due process for detainees.