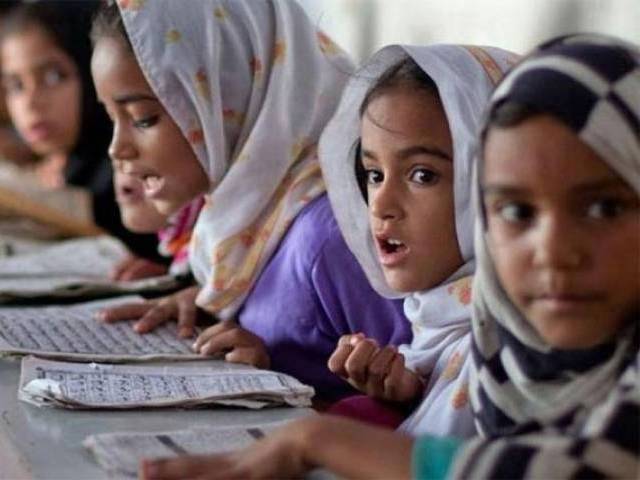 LAHORE: The Federal Board of Revenue (FBR) is desperately looking for potential taxpayers these days and is aggressively digging the record of Pakistani citizens who, at some stage, have come under prominent sections of the Income Tax Ordinance.

Recently, the tax collecting agency has dispatched letters to parents, who are paying an annual fee of Rs200,000 to the educational institutes where their children are studying, asking them to declare their hidden assets and become a tax return filer.

“Data available with the FBR reveals that advance tax under Section 2361 of the Income Tax Ordinance 2001 has been collected from you and deposited in the government treasury, meaning thereby that you are paying an annual fee exceeding Rs200,000 per child (student) to educational institutions,” said the letter sent by the FBR’s Corporate Regional Tax Office (RTO), Lahore.

According to Section 2361, every educational institution is required to collect advance income tax at the rate of 5% on the fee paid. The person responsible for preparing monthly, bimonthly or quarterly fee vouchers shall also charge withholding tax in case the fee exceeds Rs200,000 annually.

Parents in a fix as CAS raises tuition fee by 60%

“Please note that the FBR intends to register all those persons who are earning taxable income and are liable to file returns under the Income Tax Ordinance 2001, but have failed to do so,” it stated, adding the registration drive also included the persons who were liable to be registered under the Sales Tax Act 1990 or Federal Excise Act 2005. The Corporate RTO did not respond to The Express Tribune despite repeated attempts.

One of the parents, who received the notice, said the warning had sparked fear. “I am a taxpayer and file returns on a regular basis, however, there are many who are not rich enough but are trying to educate their children,” he said, adding Rs200,000 per annum was a minimum fee these days and it was not fair to send notices that were creating nuisance.

Private education, especially graduate and post-graduate studies, is getting very expensive. “Most of the parents use their savings and many sell their assets to give quality education to their children. Many colleges and universities offer degrees based on the semester system, and these days, the fee of each semester is not less than Rs200,000,” he said.

“Becoming a filer for many parents might not be an issue, but the declaration of hidden assets and registering them under the amnesty scheme is horrifying, especially when the tax collection agency does not enjoy good reputation,” he remarked.