Attack comes as new round of talks betwee­n US and Taliba­n entere­d second day in Qatar
By AFP
Published: June 30, 2019
Tweet Email 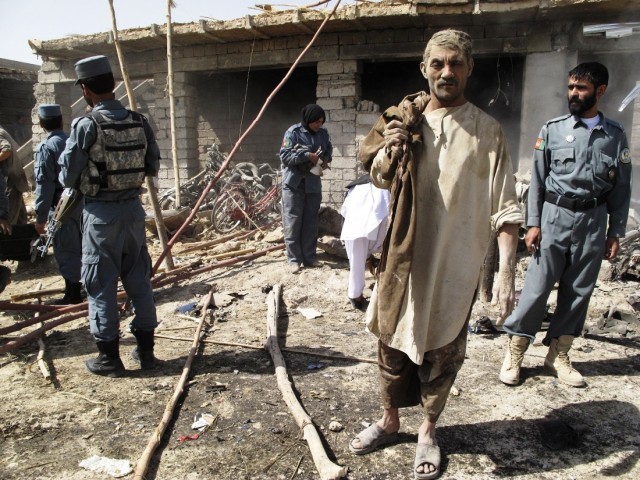 Attack comes as a new round of talks between US and Taliban entered second day in Qatar.PHOTO: REUTERS/FILE

The attack comes as a new round of talks between the United States and the Taliban to end the 18-year long war in Afghanistan entered a second day in Qatar.

Eight election workers who were stationed at the centre to register voters ahead of the presidential polls in September were also killed in the attack, said Zabiullah Sadaat, a spokesperson for Afghanistan’s Independent Election Commission (IEC).

The Taliban claimed responsibility for the attack, with a spokesperson tweeting that their fighters had captured the district centre, killing 57 security forces.

Afghanistan’s interior ministry however rejected the claim, saying in a statement that the militants had been beaten back and 25 insurgents killed.

Afghan President Ashraf Ghani condemned the “barbaric and unforgivable” attacks, which are the latest in a relentless wave of assaults by the Taliban, who now hold sway over about half of the country and regularly target government forces.

The insurgents killed at least 25 members of a pro-government militia in an attack in northern Baghlan province on Saturday.

The violence comes amid stepped-up efforts by the United States to find a negotiated end to America’s longest war, with Washington and the Taliban opening a fresh round of negotiations in Doha on Saturday.