As the nation still suffer­s from the politi­cal mistak­es made in its short histor­y
By Muhammad Ali Ehsan
Published: June 30, 2019
Tweet Email 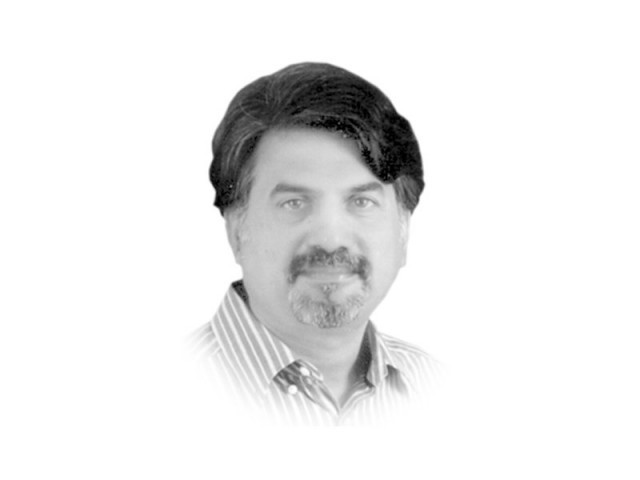 Successful Strategies — Triumphing in War and Peace from Antiquity to the Present is a book (published in 2014) that deals with the importance of correct decision-making both at the political as well as the strategic level. It discusses the grand strategies employed by various nations and empires and allows us to draw one great lesson from history: “Mistakes at operations and tactics can be corrected but political and strategic mistakes live forever.” I strongly recommend the reading of this book to all those involved in the jobs of national security and policymaking. James Lacey contributes ‘The grand strategy of Roman Empire’ for this book and offers us an opportunity to see why even the grandest of Empires don’t last if the right strategic and policy choices are not made. In the short history of our nation, we have also made some grave political and strategic mistakes the consequences of which we are still suffering from. Some basic lessons from Roman history might just help us review our politics, our policies and our strategies.

Most historians think that the Romans didn’t even have a grand strategy and never thought on those lines. They never concerned themselves with the world beyond their borders and their understanding of the politics and geography was limited within the empire’s boundary. Surely, there is a world outside, of which we are also a part. So conflict-prone is our internal politics that we also internalise more than we externalise. The result: we also suffer from the deprivation of opportunities offered by the outside world.

James Lacey argues that what prevented the Romans from thinking strategically was the ‘lack of general staff’. Fighting frontier wars on multiple fronts (Europe and Africa to include Germany, Syria, Egypt, and Spain) there was no organisation (general staff) that could decide the number and strength of legions (principal unit of Roman army with foot soldiers and cavalry) suitable to fight on these fronts. Politics (Roman Emperor and his councilors) remained wary of their generals and instead of both politics and military uniting to create stability in the Empire both indulged in doubting the sincerity of each other’s role and purpose. Hundreds of emperors changed, 24 emperors only in the period between (211–224 AD). Civil wars and rebellions troubled Roman politics and the Roman Emperors and their survival thus forcing the legions deployed on the frontiers to keep returning to Rome to protect the Emperors interests.

While the Roman generals were busy combating internal revolts, the enemies on its frontiers sensed the weakness and united in exploiting this weakness and attacking the Empire on the multiple fronts. More than the competence and strategic brilliance of the attackers, it was the political incompetence of the defenders that opened up the flood gates of the Empire’s dismemberment. Our enemies have also forced us to combat against multiple threats on multiple fronts. The government also faces internal challenges with few hot head politicians showing little or no political acumen to understand the present state and extent of our vulnerabilities and weaknesses.

In politics, there is always a Marcus Junius Brutus that a Julius Caesar must confront and there are always group of conspirators that scheme and plot political revolts. During the period between (40-45BC) Caesar was enacting many beneficial measures for Rome but his political reforms were seen as a measure of power grab which alienated many senators (plotters). Although Caesar was eliminated but the Republic of Rome could not be prevented from becoming an Empire and not anyone of the plotting senators but Caesar’s designated heir, Octavian became the first Roman Emperor.

Prime Minister Imran Khan is no Caesar but his political reforms are also alienating many of our politicians. Ancient Rome was fascinated and was entertained with the ‘Gladiator games’. The Colosseum would showcase fights of many already condemned criminals to the joy and delight of the audience. Our political theater or circus which is now more frequently organised by the name of ‘All Parties Conference’ also seems to have borrowed its purpose from ancient Rome — ‘arrange entertainment in the centre of Rome for the Roman citizens’. There is a good lesson for our politicians in the ancient Roman history and it goes like this, ‘There is one thing stronger than all the armies in the world, it is an idea whose time has come’. ‘Process of accountability will not stop and corruption will no more be endured’ that’s the idea whose time has come in Pakistan and no ‘political theatering’ or threats of locking down of the capital will reverse that.

Some of the other reasons for the downfall of the Roman Empire included: Romans inability and unwillingness to tax the accumulated wealth of its elites which became a crucial handicap when the funds needed to secure the Roman Empire ran short; success of the Roman Empire depended on the professionalism and military capacity of the legions and the farther the forces moved from the centre the less forces Rome could muster and on all fronts when Rome reached the limits of its Empire it became difficult to sustain and support a spread out military; Emperors were too much concerned with their survival to focus on strategy; The Roman centre of gravity lay in keeping the tax generating provinces (Gual, Egypt, Spain, North Africa and Syria) safe and stable, the Empire disintegrated and fragmented when Romans could no longer secure this centre of gravity around which hinged the survival of its Empire — as long as enemy could not penetrate the territory, Rome could generate enough resources to execute the defense of its far off frontiers.

The ‘unprecedented and voluntary initiative’ by the Armed Forces of Pakistan to reduce the defence expenditure in view of the country’s financial position is an admirable act yet we cannot take our eyes off from our weakening financial condition which has directly started affecting our ability to safeguard and secure our interests.

Rome was not built in a day and Pakistan also will not be. It failed as it could not generate enough resources to support the Empires expansionism.

Lastly, we sent legislators and not gladiators to the Parliament House. Why have they turned it into a Colosseum? The biggest lesson of history as it is said is that ‘we don’t learn from history’. It is time to pay our taxes. If we want to live like a self-respecting nation, it’s time to start giving back to our country.