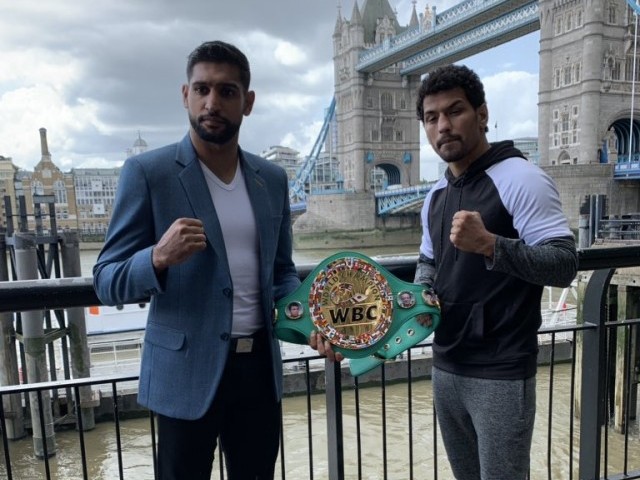 Amir Khan will have to wait to knock-out his Indian opponent Neeraj Goyat in the July 12 fight in Saudia Arabia, since the bout has been cancelled.

According to The Sun, the Indian boxer has suffered serious injuries after being involved in a car accident.

A statement released by the promoter of the Super Boxing League, Bill Dosanjh, reads: “We are very sad to inform that our star Indian boxer Neeraj Goyat, who was preparing for his mega-fight against Amir Khan, had a car accident last night that has caused him severe injuries.

“He is currently in hospital and we wish him a speedy recovery.”

Slowly warming into the hard session, warming the body and muscles up then bang #July12 #KhanDib #SaudiArabia #jeddah_season pic.twitter.com/cQBiGRadzL

However, Amir still has an opponent to face in Australia’s Billy Dib.

BREAKING: @amirkingkhan set to fight @BillyDib on July 12 after Neeraj Goyat ruled out due to injury. pic.twitter.com/HXHC7KJGL7

The Aussie boxer, who operates at featherweight or super feather, confirmed the news on his Twitter account.

In life you get a limited number of opportunities to do something monumental, and like the greatest in any industry will tell you, when an opportunity comes knocking you answer.
This is my real life Rocky Moment. #Daretobegreat pic.twitter.com/R66mwAQFP1