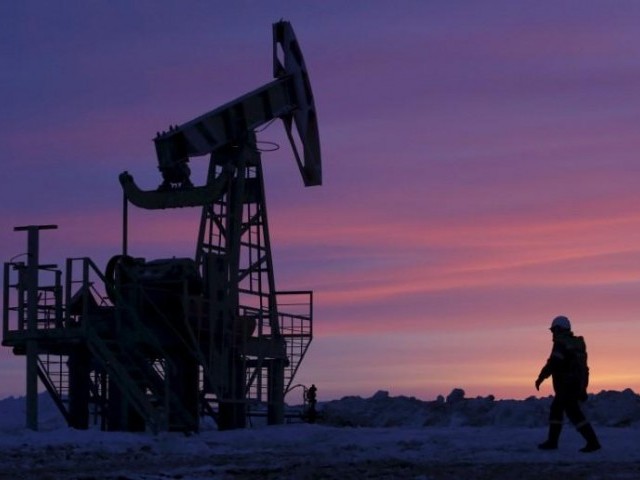 LONDON: Oil prices inched lower on Tuesday, weighed down by concerns over declining crude demand and a Saudi pledge to offset any shortfall from countries hit by sanctions, as the market shrugged off risks to supply linked to tensions around Iran.

Hopes for progress in the trade war between China and the United States during this week’s G20 meeting were dampened by a senior US official, saying President Donald Trump was “comfortable with any outcome” from the talks.

The chief executive of Saudi Aramco, state oil firm of OPEC’s de facto leader, said its spare capacity of 12 million barrels per day (bpd) was sufficient and that it would meet its customers’ needs.

Weak manufacturing data released on Monday by the Federal Reserve Bank of Dallas added to worries about slipping demand for crude oil due to the trade conflict.

“The geopolitical risk premium (in the Middle East) is partly offset by another stand-off, namely between the US and China,” PVM analyst Tamas Varga said in a note.

“The general consensus is that no breakthrough will take place towards the end of the week when the two leaders resume their trade talks. The likely failure to reach a mutually acceptable trade agreement will raise demand concerns that will dishearten oil bulls.”

Demand concerns were briefly overcome last week when Brent climbed 5% and US crude surged almost 10%, its strongest week since 2016, after Iran shot down a US drone, adding to tensions stoked by previous attacks on oil tankers in the area.

Washington has blamed the tanker attacks on Iran, which denies having any role.

Meanwhile, the Organisation of the Petroleum Exporting Countries (OPEC) and its allies including Russia appear likely to extend a deal on curbing output when they meet on July 1-2.

US sanctions on Iran and Venezuela have cut oil exports from the two OPEC members but US production has been rising, leading some Russian officials to accuse Washington of carving out market share for its energy exports.