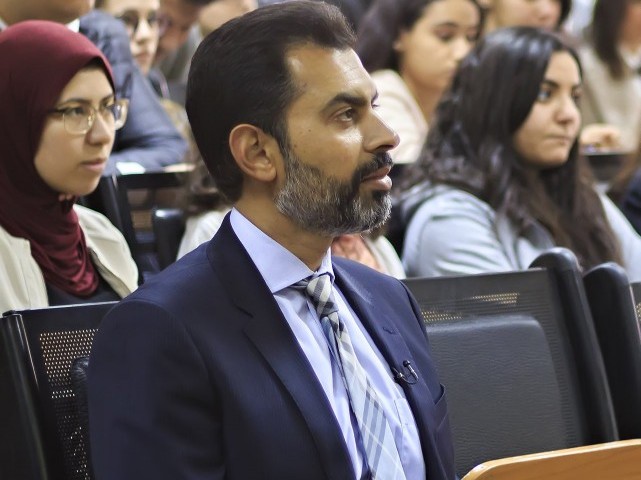 KARACHI: State Bank of Pakistan Governor Reza Baqir on Monday said the country has fulfilled all commitments made to the International Monetary Fund (IMF), paving the way for formal approval of the loan programme on July 3.

“The SBP has fulfilled all the commitments made with the IMF,” the governor said while addressing his maiden news conference.

Pakistan agreed in principle to a $6 billion bailout with international lending agency on May 12, 2019 at the successful conclusion of months-long staff-level meetings.

Islamabad assured the IMF of implementing a number of commitments as precondition to get the IMF executive board’s approval for the loan.

“So now we are in a very good position [to win the IMF loan programme],” Baqir said, adding, “In this regard, an IMF executive board meeting is scheduled for July 3.”

“We have asked them [the IMF] to publish all details of the programme immediately after the meeting so that people will know the commitments we have given to the IMF to secure the programme.”

The governor said he could not share the details about the 39-month long Extended Fund Facility (EFF) now. “The IMF prohibits making the details public before the board approves the loan.”

Recent media reports; however, suggested that the government had assured the IMF of ending its control over the rupee valuation against the dollar and let market forces — mostly banks — to determine the exchange rate; increase key interest rate significantly, revise up utility (power and gas) tariffs; government would borrow from commercial banks for budgetary financing instead of the central bank; and all federal and provincial governments would relocate its deposits from commercial banks to a Treasury Single Account at the central bank.

Therefore, the central bank has let the rupee depreciated 11%, or Rs15.57, to Rs156.96 against the US dollar since the signing of the staff-level agreement between Islamabad and IMF.

The depreciation has remained an ongoing phenomenon these days and market talks suggest that it would weaken to Rs160-165 till the IMF executive board gives its final approval for the loan programme.

Second, the State Bank hiked key interest rate by a massive 150 basis points in its May’s bi-monthly Monetary Policy Statement (MPS) to almost eight year high of 12.25%. Experts have not ruled out further increase in the rate in its July MPS.

Baqir said depreciation of the rupee and hike in key interest rate have helped achieve narrow down current account and fiscal deficits significantly.

“Our team has been implementing the economic plan in letter and spirit,” he said and added, “Implementation of the plan [the rupee deprecation and rate-hike] has brought a significant stability in the economy.”

“Current account deficit is estimated to narrow down by $7 billion to $13 billion this fiscal year (FY19 ending on June 30) compared to record high deficit of $19 billion in the preceding fiscal year 2018,” he said.

“Uncertainty is our enemy. We have to get it removed,” he said and added, “Our economic future is prosperous.”

Responding to a question whether the worst was over, he replied: “Yes and yet.”

Going forward, all the federal and provincial governments would take loans for budgetary financing from commercial banks instead of the central bank.

“The move will help control inflation, as the SBP used to give such loans to the governments by printing new currency notes, fueling inflation,” he said.

The governor elaborated that earlier the central bank used to control the rupee-dollar exchange rate through supply of the dollars from the state’s foreign currency reserves to cater for the corporates’ demand in the inter-bank market. “This caused hitting record high current account deficit of $19 billion in FY2017-18.”

The mechanism had allowed the central bank to absorb pressure on the rupee.

Now the system is no more in place. It has been replaced with a ‘market-based rupee-dollar exchange rate’ mechanism recently.

Since the implementation of the new mechanism, the central bank has not been absorbing pressure on the rupee through supply of dollars, but let the market forces – which mostly are banks – decide the rate without the central bank’s support.

The central bank would make no more interventions, but would take action if it finds someone is manipulating the rate under the new mechanism.

“We are closely monitoring movement in the exchange rate,” he said, adding, “We know what the demand and supply [of dollars] is in the market.”

In the new system, the rupee-dollar exchange rate would move both ways.

“The free-float rupee-dollar exchange rate does not suit us [as of now],” he clarified.

The new mechanism has helped contain the imports and improve the exports quantity-wise if not in value term, he said.

He said the primary objective behind the recent increase in the rate “is to fight against inflation”.

He elaborated that the recent decision to increase in interest rate was made on the basis of outlook for further rise in the inflation.

Rupee continues to lose as it drops for 7th successive session