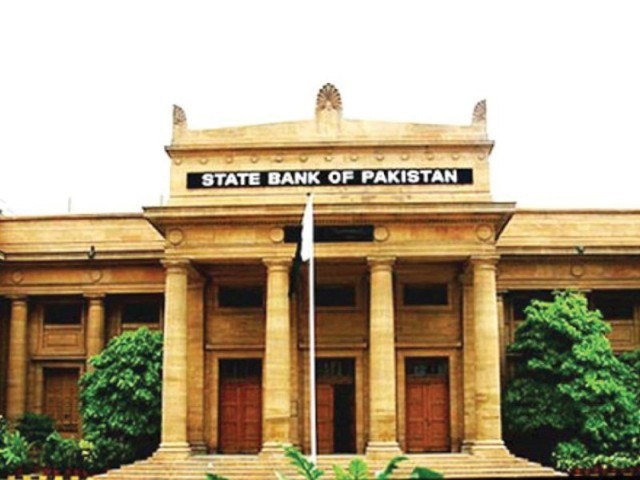 KARACHI: The State Bank of Pakistan (SBP) on Monday aggressively hiked the key interest rate by 150 basis points to a 91-month (nearly eight-year) high at 12.25% in anticipation of acceleration of inflation under the International Monetary Fund’s (IMF) loan programme.

The monetary policy committee at the central bank tightened the policy keeping in view the rising inflationary pressure due to rupee depreciation, potential increase in utility tariffs and an upward trend in prices of petroleum products and essential food items in the world markets.

The rate of inflation is expected to accelerate to a five-year high of 9.59% in May, compared to 8.82% in the previous month of April. However, analysts fear that it would rise in the coming months.

Also, speculation in the local capital markets is rife that the government had agreed to increase the key interest rate by two percentage points under the 39-month IMF loan programme worth $6 billion. Accordingly, the latest rate hike was a must to get IMF board’s final approval for the loan.

The government entered into the IMF programme on May 12 and the IMF board is expected to meet sometime in June. With the latest increase, the key interest rate has surged by a total of 6.5 percentage points since January 2018.

“The IMF adopts a pro-active approach, meaning it convinces loan-acquiring countries to keep the interest rate higher than the projected rate of inflation in the future rather than existing rate of inflation,” Muzammil Aslam, the Managing Director of Emerging Economics Research, explained.

“Inflation is set to be in double digits in July,” said Chandar Kumar, analyst at the Sherman Securities. Inflation would grow against the backdrop of rupee depreciation against the dollar, increase in petroleum products prices in the international and domestic markets, and a further increase in power and gas tariffs in the near future, he said.

Aslam said that considering for a while Pakistan had not entered into an IMF loan programme then there was apparently no immediate need for the latest interest rate hike. Interest rate at 10.75% was much higher than the average rate of actual inflation at 7% for the first 10 months (July-April) of the current fiscal year, he pointed out.

Inflation to peak in FY20

The central bank warned that inflationary pressures are likely to continue for some time. The most recent IBA-SBP consumer confidence survey also shows that most households expect higher inflation during the next six months.

Taking into account the recent developments and outlook for key sectors, “average headline CPI inflation is expected to be in the range of 6.5-7.5% in FY19 and it is anticipated to be considerably higher in FY20”.

“The annualised headline month-on-month inflation has risen considerably in the last three months due to the recent hike in domestic fuel prices and rising food prices and input costs,” it said.

This inflation outlook is subject to a number of upside risks from an expected rationalisation of taxes in the upcoming budget, potential adjustments in electricity and gas tariffs, and volatility in international oil prices. “The inflation outlook suggests a fall in real interest rates on a forward-looking basis,” the SBP said.

In absolute terms, the government borrowed Rs4.8 trillion from the SBP during first July to May 10 in FY19, which was 2.4 times more than the borrowing during the same period last year. “A major portion of this borrowing from the SBP (Rs3.7 trillion) reflects a shift away from commercial banks which were reluctant to lend to the government at prevailing rates. The resulting increase in monetisation of the deficit has added to inflationary pressures,” the central bank said.

Moreover, private sector credit rose 9.4% during the July-May period. Much of the increase in credit was for working-capital needs due to higher input prices.

Trends in government borrowing reflect a widening fiscal deficit during the first nine months of FY19 when compared to the same period in FY18. The overall fiscal deficit is likely to be considerably higher during July-March FY19 as compared to the same period last year due to a shortfall in revenue collection, higher than budgeted interest payments and security-related expenditures.

From a monetary policy perspective, a growing portion of the fiscal deficit has been financed through borrowings from the SBP.

Economic growth up in FY20

The SBP estimates show that economic growth is expected to slow in FY19 but rise modestly in FY20. “This slowdown is mostly due to lower growth in agriculture and industry,” the central bank said. More than two-thirds of real GDP growth in FY19 is expected to come from services.

“Going forward, some gradual recovery in economic activity is expected on the back of improved market sentiment in the context of the IMF-supported programme, a rebound in the agriculture sector and government incentives for export-oriented industries,” it said.

“[The IMF loan] programme is designed to restore macroeconomic stability and support sustainable economic growth, and is expected to unlock considerable additional external financing,” it said.