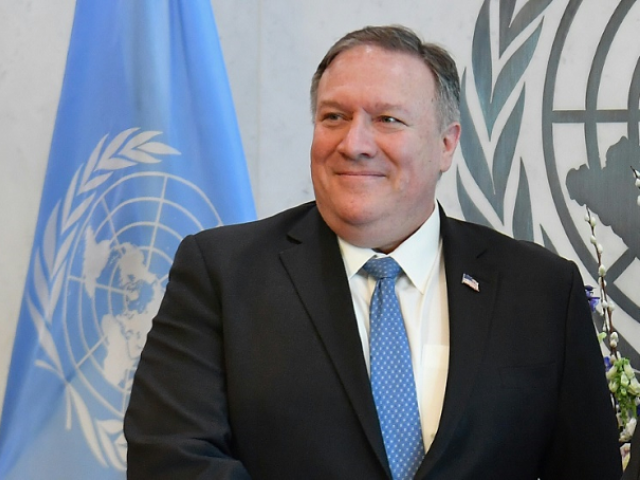 US Secretary of State Mike Pompeo on Wednesday said that the administration of President Donald Trump has taken a far tougher stand on Pakistan as compared to previous presidents, as he throws his weight behind New Delhi to “deal with” Islamabad and Beijing.

Speaking at the 44th annual meeting of the US-India Business Council, Pompeo called for strengthening of cooperation with India in defence, energy and space, and defended the US vision of a “free and open” Indo-Pacific region — an idea to counter China in the region.

“Under President Trump, we have taken our defence cooperation to new heights solidifying our common vision in the Indo-Pacific and has taken a far tougher stance on Pakistan’s unacceptable support for terrorism,” Pompeo told the India Ideas Summit in Washington on Wednesday.

“We respect India as a truly sovereign, important country, with its own unique politics and its own unique strategic challenges,” he said, adding: “We realise it’s different to deal with the likes of China and Pakistan from across the ocean than it is when they are on your borders.”

Pompeo spoke ahead of a visit to India later this month that follows the re-election of Prime Minister Narendra Modi. The visit will also come weeks after Trump removed New Delhi from decades-old US Generalised System of Preferences (GSP) programme.

Trump removed New Delhi from the GSP from June 5, even as Washington tries to boost ties with India as a counterweight to China.

In removing India from the GSP, Trump complained that it does not provide US goods with equitable and reasonable access to its market.

The US has been annoyed by India’s tightening of regulations that have undermined major US companies but favoured domestic entities in the past year. In particular, tighter e-commerce rules earlier this year hurt Amazon and Walmart and benefited Indian online retailer Flipkart.

Pompeo said the United States is open to dialogue on the preferential trading status with India. “I’m sure we’ll broach some tough topics,” he said, adding: “We’ll probably discuss the recent decision on the GSP programme.”

India has been the single biggest beneficiary of that programme, which allowed it to export $5.7 billion worth of goods, duty-free, to the US in 2017. “We … hope that our Indian friends will drop their trade barriers and trust in the competitiveness of their own companies,” Pompeo said.

Pompeo will travel to India, Sri Lanka, Japan and South Korea from June 24-30. During the visit “we’ll also push for the free flow of data across borders – not just to help American companies – but to protect data and ensure consumer privacy”, he said.