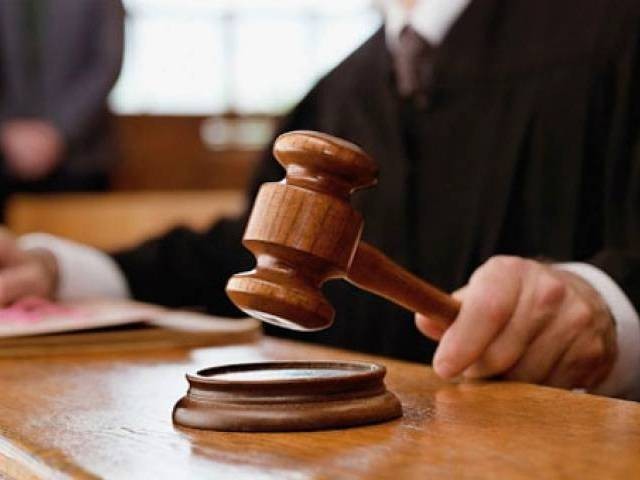 KARACHI: A special anti-terrorism court (ATC) ordered the investigation officer to submit the case challan in more than 10 cases relating to incidents of violence on May 12, 2007, which led to the killings of dozens of people and left many other injured.

The ATC was hearing the cases at Karachi Central jail on Wednesday. The investigation officer asked for more time to submit the case challan.

The court ordered the investigation officer to submit the challan on the next hearing and adjourned the hearing till June 26. Karachi Mayor Waseem Akhter sought exemption from appearing in the court. His counsel Advocate Irshad Bandhani maintained that Waseem Akhter was the mayor of Karachi therefore could not appear on every hearing. He however would appear whenever he is summoned by the court, said advocate Bandhani.

Waseem Akhter and others have been indicted in four cases pertaining to May 12 incidents while 21 accused including Waseem Akhter are on bail.

According to the police, the court has declared 18 accused as absconders who are still on the run. The cases against the accused were registered at Airport and other police stations.

Another ATC ordered the first investigation officer in the Baldia factory fire case to continue his statement on the next hearing.

More than 250 people were burnt to death in Baldia factory fire incident.

Former judicial magistrate Ali Akbar recorded his statement before an ATC in the murder case of Naimat Ali Randhawa who was the counsel of deceased journalist Wali Khan Babar. Counsels for the accused will cross question over the statement on next hearing.

The jail authorities presented the accused MQM’s Kazim Abbas RIzvi and Noman in the court. Former judicial magistrate Ali Akbar said while recording his statement that he was serving as Judicial Magistrate Central on May 3. “Investigation officer Naeem submitted the request for identification parade of accused Kazim Abbas and I accepted the request. Accused Kazim Abbas’s identification parade was held before me and the witness identified the accused.”

The counsel for accused will cross question on the statement on next hearing. The court adjourned the hearing till June 15. The court has declared three accused as absconders in the case and they include Azizullah, Abdullah alias Danish and Ghufran alias Sindhi.

According to the police, the accused killed Naimat Ali Randhawa in North Nazimabad by firing in September 2013. Deceased Naimat Ali’s son Tauqeer Randhawa was also injured by the firing.