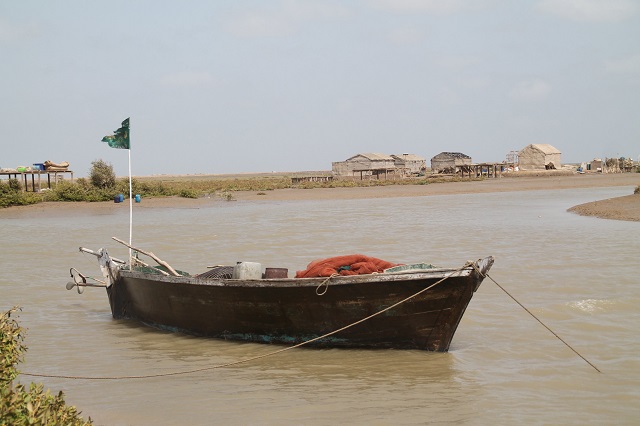 KARACHI: Fishermen from Ibrahim Hyderi staged a protest against forceful occupation of jetties by influential people on Wednesday outside the office of Karachi Police.

A large number of women and children participated in the protest. They were holding placards and banners inscribed with messages like ‘Extortion Mafia Murdabad’, ‘End the Occupation’, and ‘Why doesn’t Ibrahim Hyderi SHO register an FIR’. The protesters shouted slogans against the influential people and demanded an immediate end to the occupation of jetties.

The fishermen said that the Ibrahim Hyderi Police were reluctant to take action against these elements and said that the area SHO was uncooperative.

Karachi Police Chief Dr Ameer Sheikh came out to meet the protesters. The fishermen apprised the chief of their grievances and complained of the lack of action by Ibrahim Hyderi Police. Dr Sheikh talked to Malir SSP and assured the protesters that their FIR against the occupants would be registered.

Later, Ibrahim Hyderi SHO also reached the scene and assured the fishermen that the FIR would be registered.

Following this, the protesters peacefully dispersed.