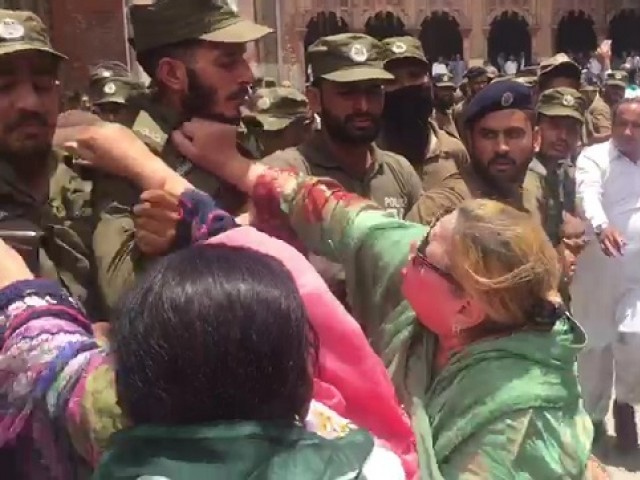 LAHORE: A First Information Report (FIR) has been filed against Pakistan Muslim League-Nawaz (PML-N) workers after constables of the Lahore Police were injured in a scuffle following Hamza Shehbaz’s arrest on Tuesday.

According to sub-inspector Anjum, he along with a police party were present at GPO Chowk in the provincial capital for law and order duty following a Lahore High Court (LHC) verdict which allowed National Accountability Bureau (NAB) to arrest Hamza.

Workers of PML-N had gathered there and chanted slogans against the government and in favour of the party vice-president. They also assaulted the police and tried to stop a van carrying Hamza.  PML-N worker Farzana Butt also slapped police officials.

Lahore police officials were injured during the scuffle. The injured include Ammar Ahmad, Muhammad Iqbal, Ali Raza and Abdur Rehman. 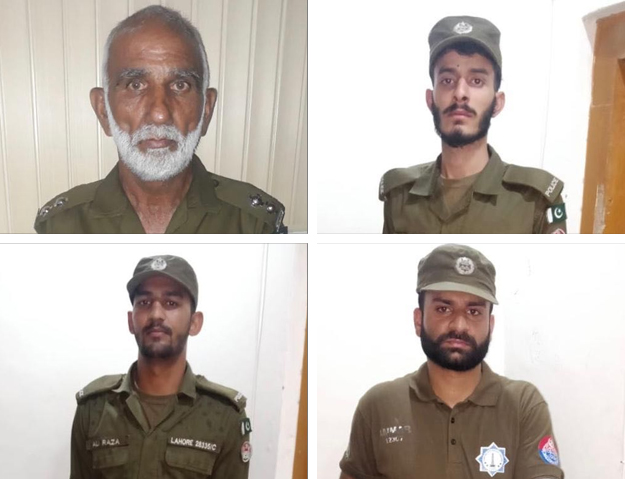 The FIR has been registered in Old Anarkali Police Station under maintenance of public order, unlawful assembly and interference with government matters.

PML-N Vice-President Hamza was been arrested by NAB after his attorney withdrew his client’s bail plea. A large number of PML-N workers blocked Mall Road and protested against Hamza’s arrest. A scuffle between police and PML-N supporters also broke out outside the court. 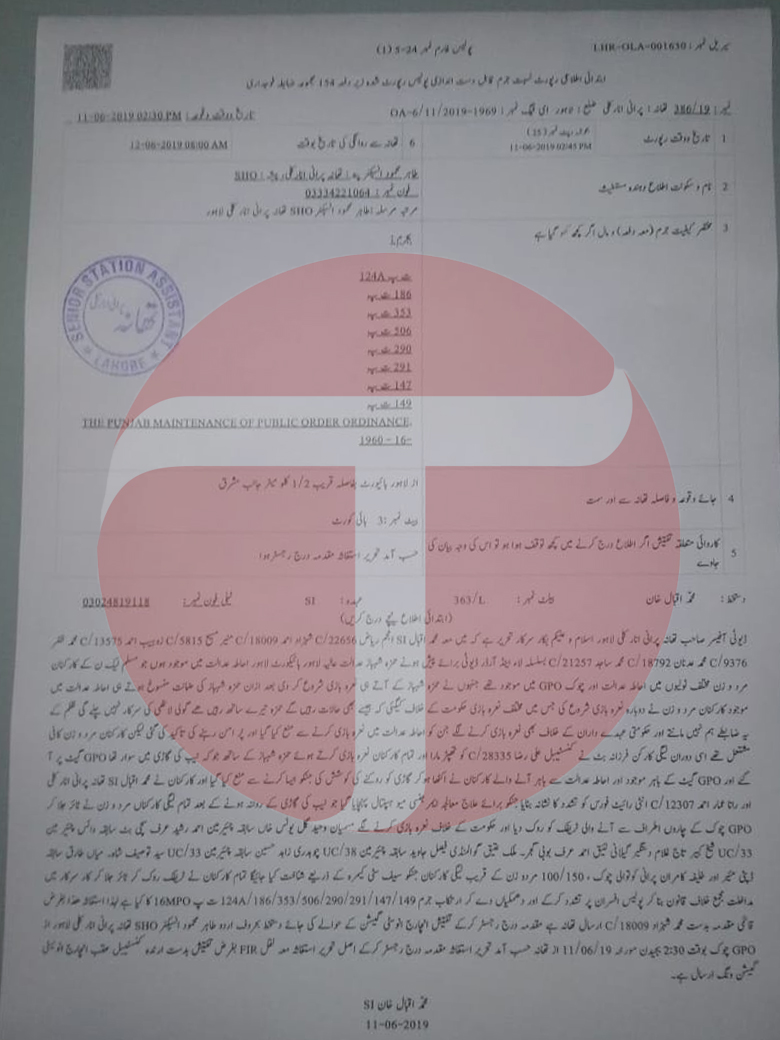 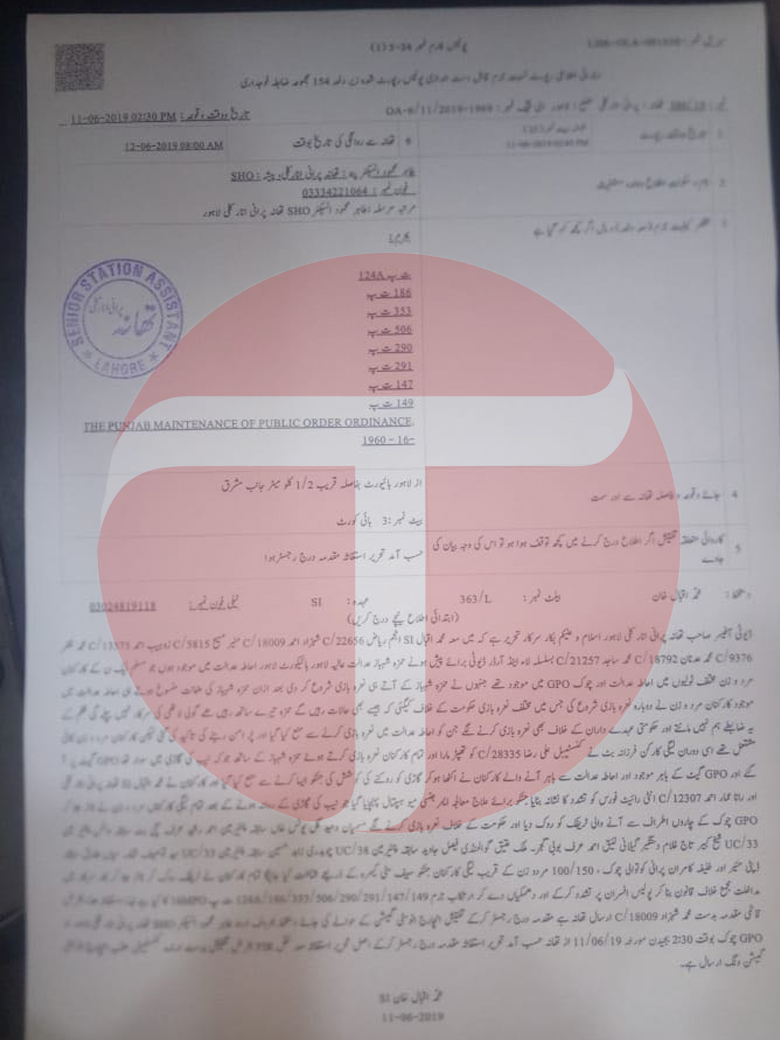 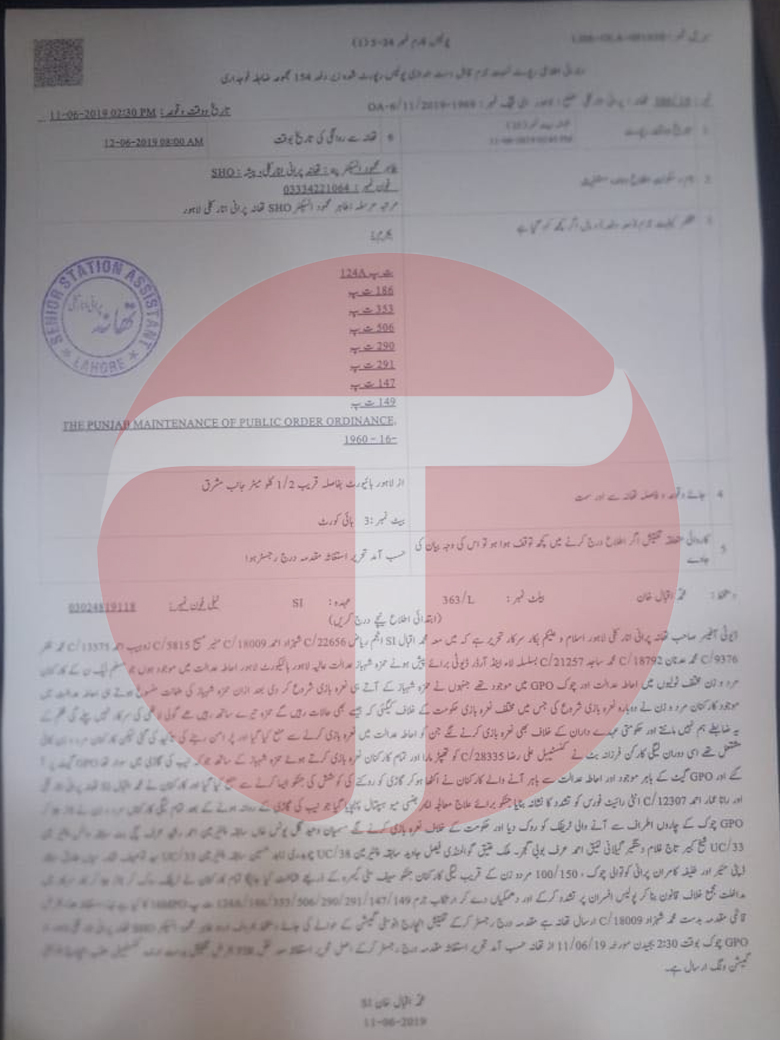