Income tax: What the salaried class will pay now

Income tax: What the salaried class will pay now

KARACHI: The cash-strapped government of Pakistan Tehreek-e-Insaf (PTI) has removed tax reliefs introduced for the salaried class by its predecessor, the PML-N government.

The administration of Prime Minister Imran Khan has not only lowered the threshold of annual income exempted from tax to Rs600,000 from Rs1.2 million, but also increased maximum rate of income tax to 35% from 29% and introduced four new tax slabs.

In its first full budget, the PTI has announced up to 10% increase in the salaries of government servants. However, the increased income tax rates would dilute the pay raise.

Salaries of Grade 1 to 16 employees have been increased by 10 per cent, and Grade 17 to 20 by 5 per cent. However, no pay increase has been announced for Grade 21 and 22 employees.

Here is how the new slabs will affect the salaried class: 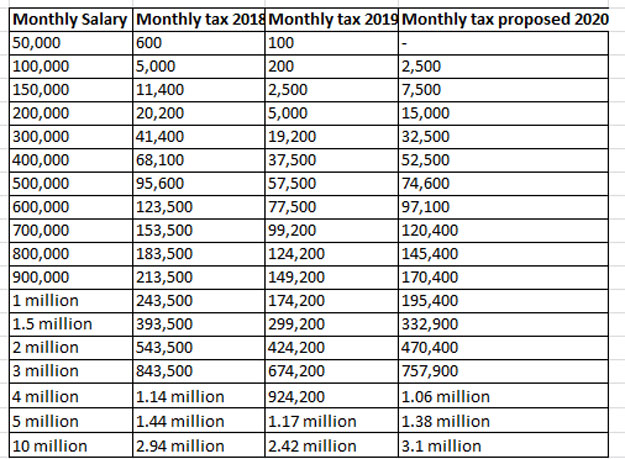 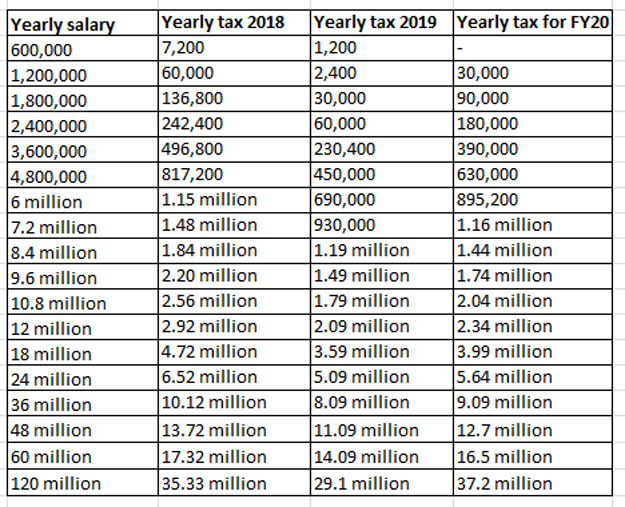