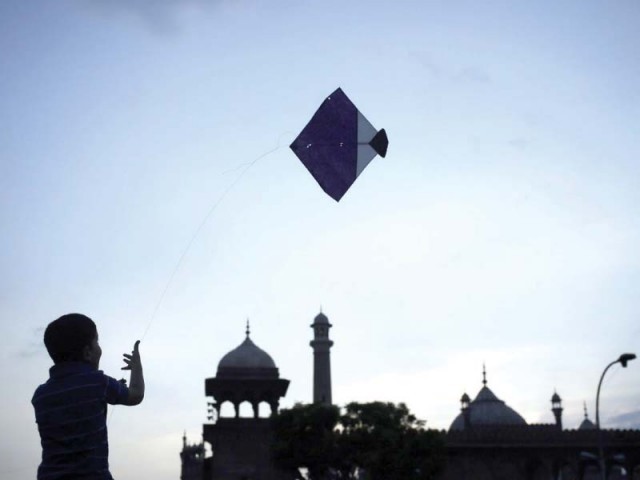 LAHORE: Citizens got extra time off as the Eid holidays extended into the weekend, but some youngsters forgot the ban imposed in Lahore on kite flying.

Despite the scorching daytime heat, children celebrated the Eid holiday as if were a mini Basant. Colourful kites could be seen flying in the air of different areas of the city, including Sherakot, Iqbal Town, Lohari Gate, Akhbar Gate, Manga Mandi, Chung, Kot Lakhpat, Hangerwall, Shafiqabad, Lari Adda and Shahdara Town.

Factory Area became a battlefield of kite flyers as children cut down the string lines of each other’s’ kites. This resulted in a dispute among the kids which the elders soon joined. Some women were assaulted during the altercation, as seen through mobile phone footage.

Khalil, reportedly from the victim family, alleged that Fahad, Hassan and their accomplices broke the doors of their house and beat the women with sticks. As a result, his relatives were injured. Later on, when Khalil intended to report the matter to the local police station, locals intervened and resolved the matter among themselves.

A kite flyer, Shehzad, told The Express Tribune that the airspeed at night is conducive for kite flying and weather is not so hot at the time. “We were removed from the area by police during daytime so we fulfill our passion for kite flying at night when there are no search lights.” He maintained that the sport was now becoming expensive due to strict action by the police. “The kite, which was previously available at a price of Rs10 to Rs15, is now sold for up between Rs30 and Rs35. The four-piece string, which was previously sold for Rs1,500, is now it is available for Rs5,000.”

DIG Operations Ashfaq Khan told The Express Tribune that Lahore Police has adopted a zero-tolerance policy against kite flying. Data on such activity is being compiled and people who are repeatedly caught for the offence will face legal action.

He maintained that kite flying is a game of death. “Therefore, action will also be taken against the SHO concerned.” He further said that in the last one month, 13 cases were registered in City Division and 19 accused were arrested. “Around 615 kites and 7 strings were also recovered.” In Cant Division, 74 cases were registered and 93 accused were arrested.