ISLAMABAD: The Pakistan Bar Council (PBC) on Saturday announced that the legal fraternity will record a nationwide protest on June 14 in response to a reference filed against senior Supreme Court judge Justice Qazi Faez Isa.

Addressing a press conference outside the SC building in Islamabad, the PBC members also demanded resignations of the law minister and the attorney general of Pakistan, stating that the May 28 reference against the top court judge was based on ‘mala fide’ intent.

Expressing the fraternity’s intentions of staging a peaceful sit-in, PBC vice chairman Amjad Shah urged the government to immediately withdraw the reference. Purpose of the protest is to guard the essence of the Constitution and preserve the supremacy of law, he explained.

Protesting against the ‘erroneous’ reference, the lawyers’ body also questioned ‘tainted record’ of the Supreme Judicial Council (SJC) as an authority to hear references against senior judges.

“Several references remain questionable and the apex court findings in regards to those have not been made public,” said Shah.

Stating de-merits, Shah said that the reference had a weak legal footing. He added that the Federal Investigation Agency (FIA), being the first authority to investigate the matter, did not serve a show cause notice to the judges, thereby committing a violation.

“The reference has no merit and is based on ill-intention,” he remarked.

The PBC vice chairman clarified that the protest is not borne by pressure from any political party and is exclusively the decision of the lawyers. 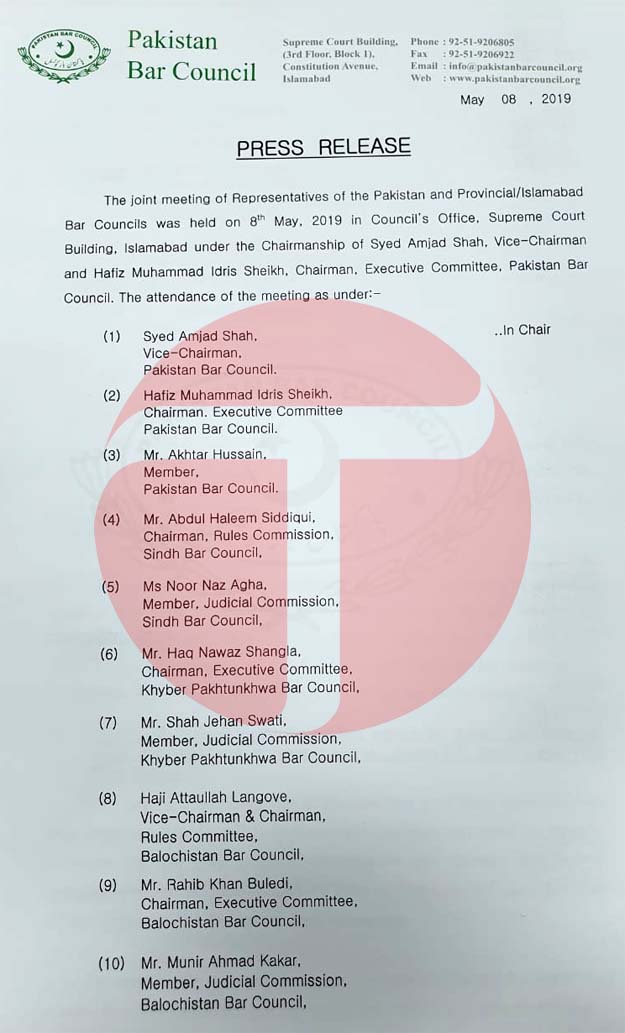 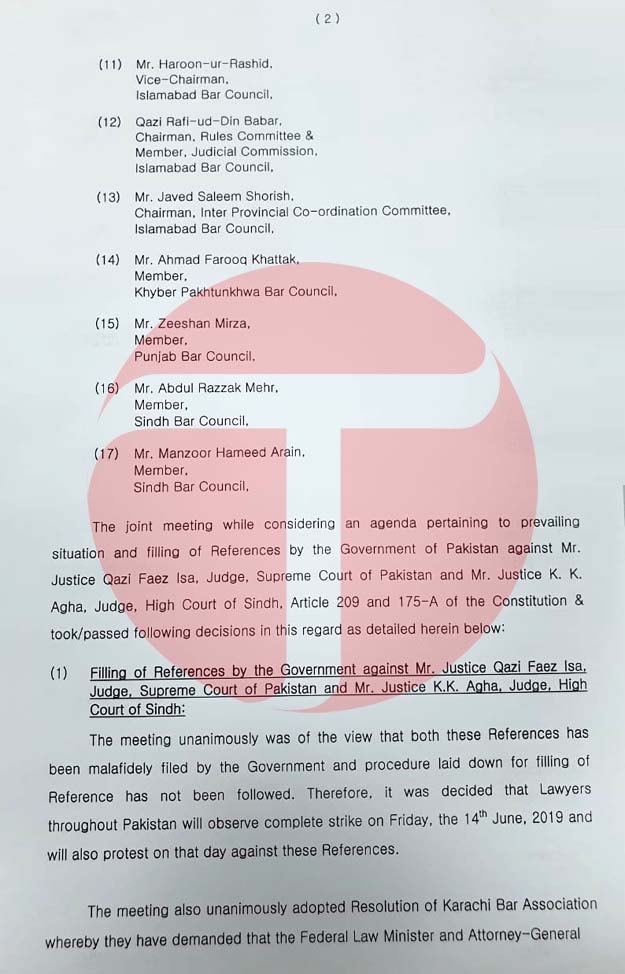 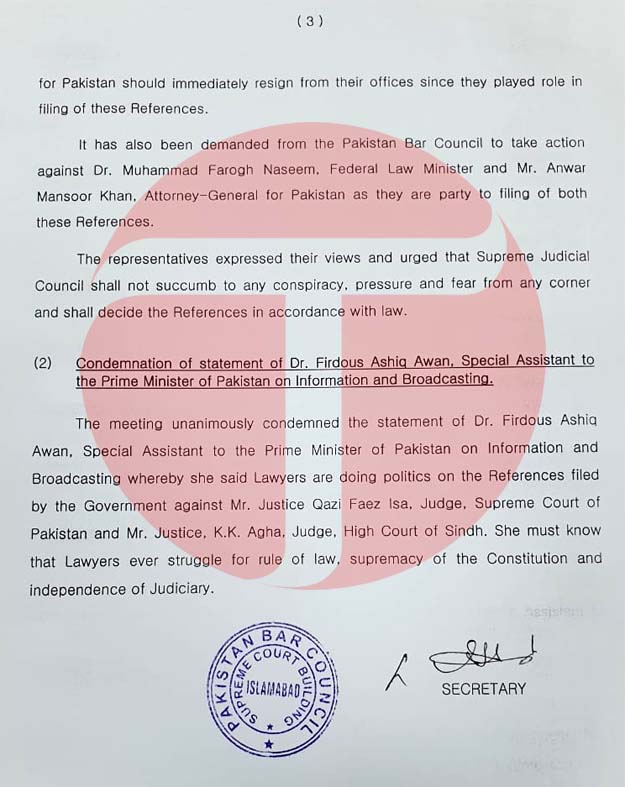