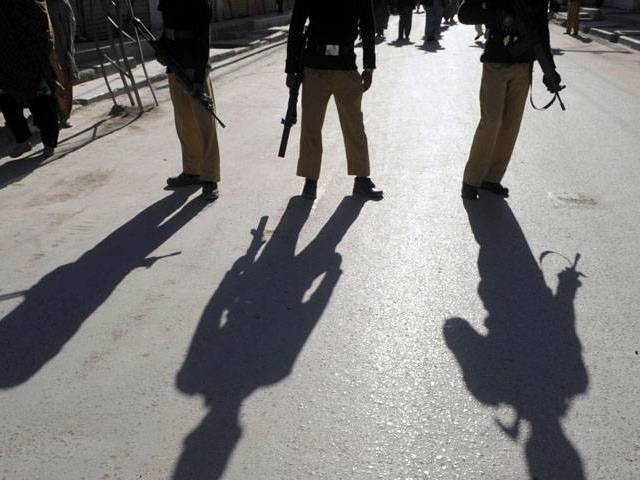 Chairing a meeting of police officers, IG Zulfiqar said safety of people was the top priority of police. Three DIGs of Islamabad Police, SSPs, AIG operations, and all zonal SPs participated on Saturday. the meeting was arranged to finalized security arrangements for Eid.

He said that tight security arrangements should be made in all markets, mosques, shopping malls and high security zones in the federal capital.

He directed the DIG Operations to have a meeting with managements of shopping malls.

The IG further directed to tighten security of the city including Faisal mosque from Ramzan 27 till the third day of Eidul Fitr.

According to the security plan, more than 2500 policemen would perform security duties on Eid and would guard religious gatherings at open places, Masajid and Imambargahs.

During the ongoing week, Eid shopping would be at peak in Capital following which DIG (Operations) has planned to beef up security arrangements and ensure effective patrolling as well as vigilance in the city.

Police officials have also been assigned security duties in this connection at Masjid and Imambargahs.

The squad of Bomb Disposal squad would conduct checking of various areas and parking would not be allowed near worship places or congregation.

As per plan, beat systems have been introduced for security at main shopping centers, markets and additional deployment of policemen has been ensured there at Chand Raat.

The contingents of mobile reserve police and prisoner van movement would be part of security measures at important shopping centers including Super Jinnah, Super market, G-9, F-10 and Aabpra market.

Policemen would be assigned duties at bus stands, graveyards and railway stations while special deployment would also be made at Faisal Mosque on Eid day.

Special police pickets would be erected in the vicinity of bus stands and police with the help of volunteers would check the passengers and other suspects.

As per security duties on Eid, the policemen would patrol in the various sectors and contingents of Pakistan Rangers and police commandos would assist police in these security duties.