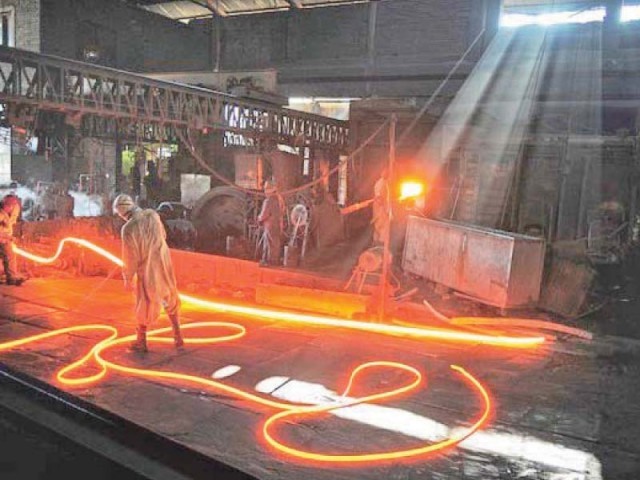 The government intends to run the mill on the public-private partnership (PPP) model and not as a facility owned and operated solely by the Ministry of Industries and Production. PHOTO: FILE

ISLAMABAD: The government has taken another U-turn in its efforts to resume operations of the sick Pakistan Steel Mills (PSM) and has pressed ahead with the plan of reviving the mill through public-private partnership.

The Economic Coordination Committee (ECC) has decided to put PSM on the privatisation list, but the adviser to prime minister has held meetings with Chinese and Russian companies to initiate the process of reviving the steel mill through public-private partnership.

Earlier, the Sindh government had scuppered a plan of the Pakistan Tehreek-e-Insaf (PTI) administration in the centre to revive the financially troubled and closed PSM by resisting the sale of its land for settling liabilities.

An expert group, formed by the current PTI government and tasked with suggesting ways for reviving PSM, in its report recommended that land assets available with the steel mill could be utilised to settle outstanding liabilities worth Rs206 billion.

The Ministry of Industries and Production had proposed two options to the ECC – putting PSM on the privatisation list and hiring a transaction adviser for bid selection. The economic decision-making body had put the steel mill on privatisation list.

However, the government has started the process of reviving the steel mill through public-private partnership again. In this regard, Adviser to Prime Minister on Commerce Abdul Razak Dawood chaired a meeting on Friday on the revival of PSM.

He informed the participants that the government will soon appoint a transactional adviser, who will be entrusted with the responsibility to develop a framework to ensure equal opportunity for potential bidders. The PSM liabilities and different options to settle these liabilities were also discussed.

The government intends to run the mill on a public-private partnership (PPP) model and not as a facility owned and operated solely by the Ministry of Industries and Production. Some of the participating companies shared their respective proposals to revive PSM that were discussed in detail.

The adviser appreciated the initial proposals and asked the participating companies to submit the proposals officially, assuring them that the government will always be open to potential bidders for discussion and finalisation of the revival plan of PSM on transparent and competitive basis. The adviser gave his consent to the request of the participating companies to visit the PSM to assess its condition, which will assist them in formulation of their plans for the revival of the PSM.

The expert group had observed that the revival of PSM was technically possible through a phase-wise approach targeting first the downstream hot-rolled coil/cold-rolled coil (HRC/CRC) operations with a parallel revamp and retrofitting of upstream equipment. This would help in restoring the 1.1-million-ton-per-annum production capacity of the mill, followed by its expansion to three million tons, it said. The experts recommended the exploitation of domestic iron ore and coal reserves for their consumption in PSM by offering supportive fiscal incentives and a regulatory package to mining companies.