Kempes calls one player selfis­h, the other more of a team man
By Sports Desk
Published: May 28, 2019
Tweet Email 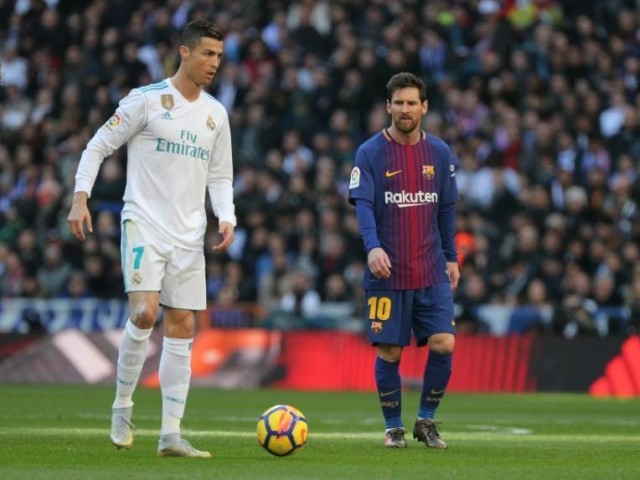 Once more, the debate between who is the best footballer in the world at the moment is here: Ronaldo or Messi?

Fans may have their reason to rate one above the other, but Argentina legend Mario Kempes believes Ronaldo is better than Messi.

Messi v Ronaldo: Mario Balotelli weighs in on the debate

And when asked to explain the claim, Kempes explained, ““Messi is Messi and Messi is Barcelona. What you do or do not do is key. When Messi is on the field, prepare yourself, because you do not know at what moment he is going to mess you up.

“But Messi should not surprise us. We have seen him do everything, although I think he has slowed down a bit and now I see him wanting to do more things on his own. Before I saw him as a team player, now I see him more selfish in his actions.”

Messi v Ronaldo: Atletico coach Simeone explains who is better and why

He continued by saying that Ronaldo is a better player because he has now transformed into a team man.

“It is the opposite of Cristiano, who now plays more for the team than for the ‘me’,” said Kempes.

However, Kempes knew it wouldn’t be easy to criticise Messi and walk away with it. ““We Argentines criticise Messi because we are specialists in criticising what is ours.

“If you ask me who I would have liked to play with, I would say it’s with Messi because I have already played with [Diego] Maradona,” he said.

Do you agree with Kempes?