In Waziristan, Army opened fire only when soldiers were injured: Khattak

In Waziristan, Army opened fire only when soldiers were injured: Khattak

MNA Ali Wazir, who led the attack, remand­ed in CTD custod­y for eight days
By Our Correspondents
Published: May 28, 2019
Tweet Email 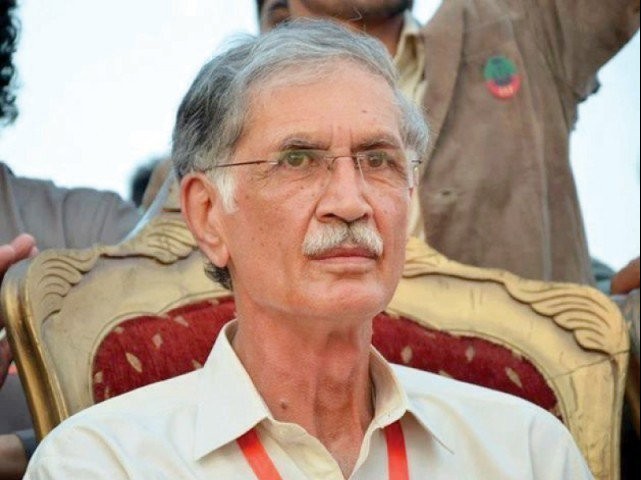 ISLAMABAD/ PESHAWAR: Minister for Defence Pervez Khattak has lamented the Sunday’s attack on an army check post in North Waziristan in which five soldiers were injured and 10 individuals killed, saying the incident “is highly condemnable”.

In a statement issued by the Ministry of Defence on Monday, the minister gave a detailed account of the attack.

“This is a lamentable incident, which should not have happened. Unfortunately, two of our assembly members were leading the group. The people of Pakistan, especially our tribal brothers and the Pakistan Army, have created peace and security in the country after rendering numerous sacrifices. During the operation in tribal areas, our tribal brothers have suffered a lot of hardships.”

Khattak said the prime minister and the army chief had already said that the “state is our mother and we understand the problems being faced by the people, especially the ones in the tribal areas”.

“All of their [tribal people’s] reasonable demands are being met as per the law and the Constitution and the government will not rest until the social and economic restoration of the tribal areas is complete,” said Khattak, adding that no person or group would be allowed to engage in lawlessness or play politics on the pretext of miseries and problems faced by the people.

Separately, parliamentarian Ali Wazir, who was arrested for leading the group which attacked the army check post, was produced before an Anti-Terrorism Court in Bannu on Monday.

According to sources, the court remanded the MNA in the Counter-Terrorism Department’s custody for eight days.

He was shifted to Peshawar for interrogation as a first information report (FIR) was lodged against him.

Seven other individuals, including Mohsin Dawar, who is still at large, have also been nominated in the FIR.

Ten people were killed while 15 others, including five soldiers, sustained injuries in the crossfire in the Boyya area at the Kharqamar checkpoint.

According to a statement by the Inter-Services Public Relations, the group was led by Dawar and Wazir.

On the directions of PM Imran, Farman and Mahmood visited North Waziristan on Monday morning in a bid to de-escalate tensions.

They were received by top security officials and the local administration at the Miranshah headquarters.

The security officials briefed the governor and the CM in detail about the attack.

After the meeting with the security officials, Farman and Mahmood met with the tribal leaders and discussed in detail about the incident. They also offered Fateha for the departed souls.

Later, they flew to Islamabad and informed PM Imran about their meetings in North Waziristan.

Earlier, it was reported that the PM had directed the K-P governor and the CM to visit North Waziristan and try and de-escalate the tense situation as well as set free MNA Ali Wazir, who is also a member of the Pashtun Tahafuz Movement, from the custody of the security forces, but the efforts seem to have failed.

On Monday, an Awami National Party (ANP) delegation also headed towards North Waziristan to show solidarity with the tribal elders over the loss of lives and the injured, but was stopped at the Syedgai check post.

The delegation included provincial Information Secretary Saddaruddin Marwat, Vice President Shahi Khan and General Secretary Sherullah Wazir along with a dozen members. On being refused entry, they staged a protest in front of the check post.