Murdered over a drink of water, family seeks justice for daughter

Murdered over a drink of water, family seeks justice for daughter

KARACHI  : She grew up in a home filled with love. But barely two months after she left it to go live with her new husband, she returned, in a body bag.

Rasheeda Bibi, 19, got married on January 3, 2019. Her parents send her off with their best wishes and prayers. They had promised their daughter’s hand to Molai Magsi’s son when both were still children. 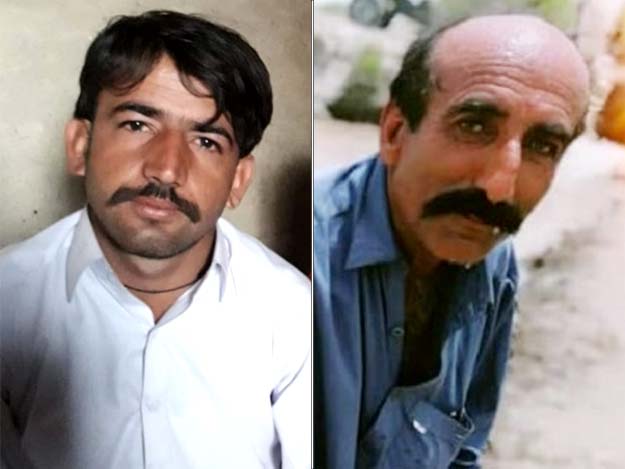 They did not know that their hopes and dreams would soon turn to dust. The incident has left a void in Gulab Khan Magsi, an area in Qambar Shahdadkot district.

Rasheeda’s family has been pleading for justice. According to reports, gunfire was heard in Gulab Khan Magsi village on the morning of March 11 at around 8:30pm. Later it was learnt that Molai Magsi and his sons Ranjan and Iqbal murdered Rasheeda.

Her ‘sin’, was taking a few minutes to fetch some water.

The suspects have since accused Rasheeda of adultery and tried to play the case as an incident of honour killing.

Rasheeda’s family members said she had been unwell and was running a fever, due to which she took some time to fetch water. But for her husband and in-laws, being sick was no excuse, they said, explaining that they beat her before shooting her dead.

Rasheeda was shot twice, they said, once each by Rajan and Iqbal. The police initially did move to arrest the key accused, Rajan, but now, the family said, the case is not being taken seriously.

Rasheeda’s parents and several family members fear that several delay tactics are being employed to weaken the case. Ranjan, the key suspect is still under arrest, but his father Molai has secured pre-arrest bail, while Iqbal is still at large, more than two months after the incident.

Rehmat Ali, a relative of Rasheeda’s, said that they are being threatened by the suspects through various means to push for a settlement. The family, however, wants justice to prevail and for the murderers to be punished by the courts.

“Despite contacting the police repeatedly, neither have the suspects been arrested nor have the police attempted to serve justice.”

Rasheeda’s relatives said that they are still awaiting justice despite writing applications to the SHO, SP and DSP of the area.

Replying to a question, they said Rasheeda had studied till Grade five, while her husband was illiterate.

“The suspects confessed to their crime and now want to resolve the issue through dialogue,” said Rasheeda’s relatives, while adding that the matter is also not being taken seriously by village elders.

According to Khabar Police Station SHO Muhammad Khan Wudho, attempts to arrest Iqbal are under way. “His home has been raided several times,” said the SHO, adding that Ranjan claims to have Rasheeda in the name of adultery. “We are fully cooperating with the family of the victim, but they believe that we are not being impartial.”

“We conducted raids whenever and wherever the family asked us to. We will do whatever we can to decide the case in line with the law,” he added.

Qambar Shahdadkot SP Kamran Afzal said the case will be resolved on merit, and those responsible for the murder will be punished.