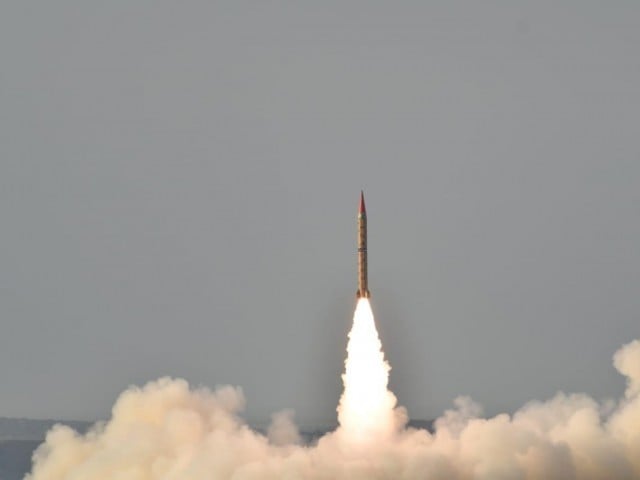 President and Prime Minister of also congratulated on the successful launch of the missile. PHOTO: EXPRESS

The Pakistan Army on Thursday conducted a successful training launch of the Shaheen-II surface-to-surface ballistic missile, said a statement from the Inter-Services Public Relations (ISPR).

The ballistic missile test comes a day after Pakistan’s arch-rival India conducted a test of the supersonic Brahmos cruise missile.

The military’s media wing added that the “Shaheen-II is a highly capable missile that meets Pakistan’s strategic needs towards the maintenance of desired deterrence stability in the region”.

Chairman JCSC and the services chiefs congratulated the scientists and engineers on conducting the successful training launch.

The president and the prime minister have also conveyed their congratulations on the successful launch of the missile.