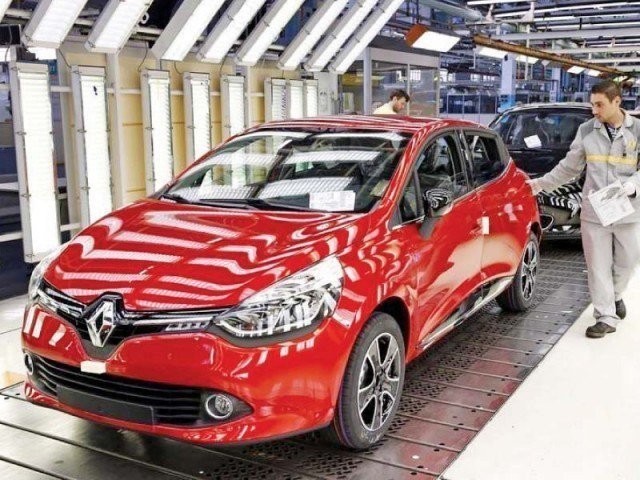 KARACHI: Renault, the French multinational automobile manufacturer, has asked the government to extend time frame for the launch of its vehicles in Pakistan, otherwise it will not enter the country.

In this regard, company officials are expected to meet high government officials, including Adviser to PM on Commerce, Textile and Industry Abdul Razak Dawood, on Thursday. “It is right that Renault has said it will exit Pakistan if the government does not facilitate the company,” said an official of the Ministry of Commerce, while talking to The Express Tribune. “Tomorrow (Thursday) they are meeting the adviser, after which the situation will be clear.”

Renault, which is investing in Pakistan through a joint venture with the UAE’s Al-Futtaim, bought 67 acres of land in the M-3 Industrial City in mid-2018. It will build an assembly and manufacturing plant on the land for Renault vehicles. The project will bring $165 million in foreign direct investment (FDI) and generate 500 jobs in Pakistan.

“Initially, Renault tried to build a plant in Karachi, but when it faced delay in documentation, it decided to go to Faisalabad,” revealed Aamir Allawala, former president of the Pakistan Association of Automotive Parts and Accessories Manufacturers (Paapam).

According to Al-Futtaim’s announcement in 2018, the company had started pre-engineering work, which was going to be followed by on-site activities. The project was expected to be completed in the fourth quarter of 2018 and begin production by 2020.

However, the company has not yet started any construction work on the site. The deadline for availing the Greenfield status given in the new auto policy is 2020. The automaker, which produces a range of cars and vans, is demanding an extension in the exemption time frame till 2023.

The company had two targets – avail itself of the benefits given to companies that were setting up plants in the Special Economic Zone (SEZ) and start production before June 2020, said Allawala.