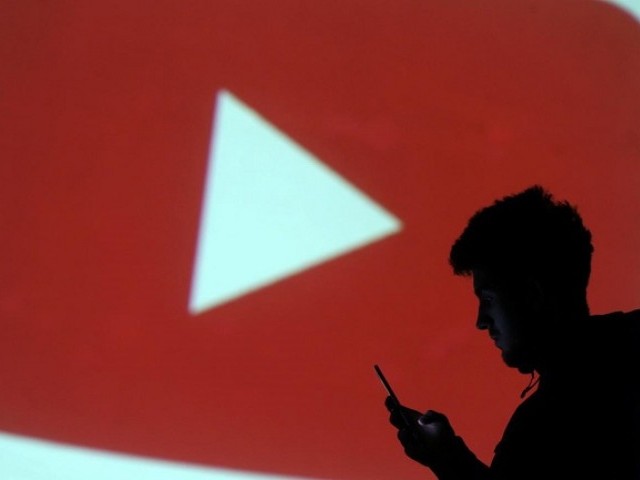 Silhouette of mobile user is seen next to a screen projection of Youtube logo in this picture illustration taken March 28, 2018. PHOTO: REUTERS

YouTube is changing the way real-time subscriber counts are visible to public, which will go into effect this August. This could lead to the prevention of sites like Social Blade, designed to display in real time whether creators are gaining or losing subscribers.

Instead of being able to see an exact subscriber count (for example, 10,500,000), people will simply see 10 million, which may not seem like a drastic change to those who do not follow convoluted YouTube drama, but for those avidly following the lives and feuds of creators, the ability to see real time subscriber counts are immensely important in determining whose side public opinion is on.

According to YouTube spokesperson, sites dependent on YouTube’s API Services “will update the same increments as the other surfaces” including Social Blade, which announced that YouTube’s subscriber count display changes may also affect their data display. The CEO of Social Blade, Jason Urgo, said that Social Blade has reached out to YouTube and are awaiting their response, but this change will affect any third party, including them.

The timing of this announcement is calculated, to say the least, as real-time subscriber counts have recently been a tool to ridicule some of YouTube’s most prodigious creators, including Felix “PewDiePie” Kjellberg, James Charles, Tati Westbrook, Jeffree Star and, most recently, Fortnite gamer Turner “Tfue” Tenney.

It’s not evident if the recent usage of subscriber counts in drama and controversy contributed to YouTube’s decision to hide exact numbers and disable third-party websites from using the platforms’ API to run real-time counters.

A similar sentiment is visible on other platforms. Instagram is talking about a feature that would allow users to disable displaying how many likes each post receives in order to “reduce pressure on Instagram.”

Reddit moderators are able to conceal comment scores and vote numbers in order to eliminate the bandwagon effect of a comment getting a few initial downvotes, and the votes then continuing to be negative or vice versa. Twitter has also been observed to be experimenting with playing down features like retweets.