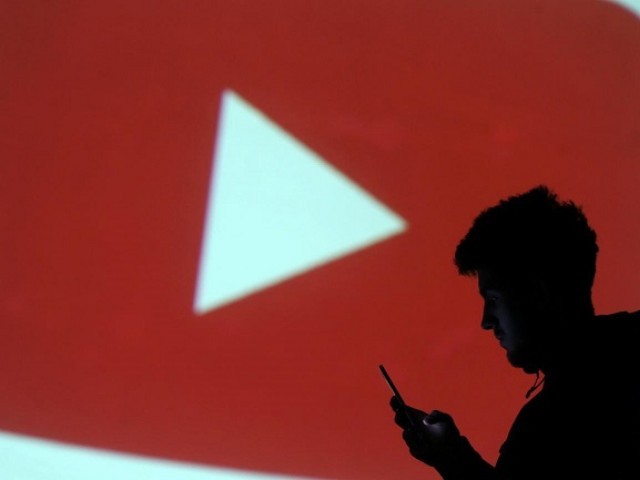 Silhouette of mobile user is seen next to a screen projection of Youtube logo in this picture illustration taken March 28, 2018. PHOTO: REUTERS

The movie list doesn’t have any major recent blockbusters but is dominated by films past their glory. They include Legally Blonde, Agent Cody Banks and the original Terminator.

“We saw this opportunity based on user demand, beyond just offering paid movies. Can we do ad-supported movies, free to the user?” says according to director of product management at YouTube, Rohit Dhawan.

“It also presents a nice opportunity for advertisers.” The service isn’t available in Pakistan so far.