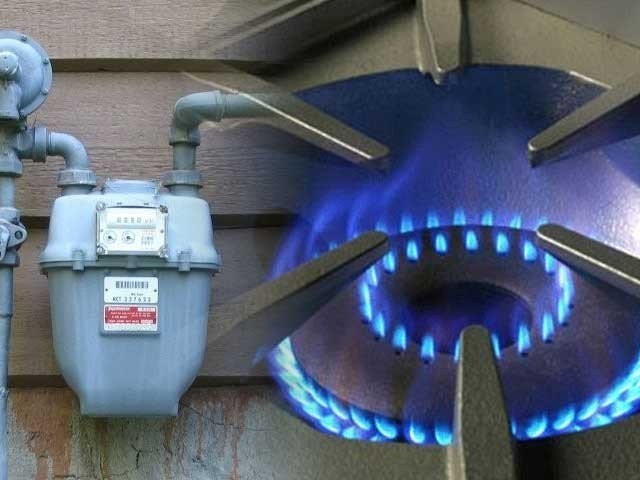 Gas is a convenient, clean and non-polluting fuel. At present, there is no substitution of gas in the domestic and industrial sectors. The fact is that 60% of Pakistan’s gas needs emerge out of the non-power sector.

There can be different views on the use of gas or liquefied natural gas (LNG) in power production, where substitutions are possible like coal, hydro or renewable energy such as solar or wind. Currently, the LNG market share is 25% out of gas sales of about 5 billion cubic feet per day (bcfd). If local production does not increase or does not at least maintain its current level, LNG imports will acquire a level of 4-6 bcfd.

In such a big and evolving market, a monolith LPG regime cannot meet the emerging and diverse needs. There would be site and draft issues, port congestions, short-term shortages, transmission bottlenecks, diversification, safety and security issues apart from political issues.

A variety of options may be required to meet the varying requirements and challenges. Following options are available that can be utilised in specific situations that are emerging and will emerge in future.

In this type, there is an LNG jetty wherein an LNG ship parks. Liquid LNG is pumped from the LNG ship to the LNG cylindrical tank storages built near the jetty. LNG storages are built in Ni-steel lined concrete vessels, double-walled; insulation material is filled within the two vessel walls.

Thus, LNG is pumped through the vacuum insulated and lined LNG pipes into these cement-steel vessels. The regasification system is similar to that of a Floating Storage and Regasification Unit (FSRU). As many vessels can be built as required or the space may allow.

Typical volume of the storage vessel is 150,000-180,000 m3 as against the LNG carrier ship volume of 260,000 m3. Two or more vessels are routinely constructed to match the capacities. Regasification may be done through sea water open rack vaporisers as used in FSRUs or heat exchangers may be utilised for capturing waste heat from nearby power or other plants, reducing energy consumption.

All initial LNG terminals built in Europe, Japan and India were land-based and FSRUs are a later day invention; and FSU even later. Bangladesh has floated a tender recently for a land-based LNG terminal with capacity of 7.5 million tons per annum (MTPA), expandable to 15 MTPA (FSRU is normally of a capacity of 5 MTPA).

India has most of its LNG in the form of land-based terminals. Its Dahej terminal has a capacity of 15 MTPA or 2 bcfd. Pakistan can also have a land-based terminal starting at 7.5 MTPA and expanding to 15 MTPA. Countries are building all types, land-based and FSUs, depending on the individual situation and circumstances. Main advantages of land-based terminals are local labour and material usage, gradual expansion possibilities and larger storage, and higher safety and security.

Cheaper debt financing possibility for land-based terminals at 4% as opposed to leasing rate of 12% for FSRU makes it quite competitive as well.

Normally, used LNG tankers are used for this purpose. Such vessels may be 5 to 15 years old and usually have structural integrity, although engine may be out of order.

Such vessels are normally available at a cost of around $50 million or at a charter rate of $20-25,000 per day. These vessels can be used in consonance with existing FSRU depending on the availability of excess regasification facilities. Alternatively, separate regasification facilities can be built either on land or on a barge or on the jetty itself. It is the cheapest option both in terms of initial capital expenditure or leasing. There are, however, issues limiting the use of this option.

Small capacity LNG carriers with lower draft requirements are available along with the availability of regasification facilities on barge (FSRB). These facilities have smaller implementation times and can be installed in difficult site circumstances such as lower draft, space, safety, etc. These can also be shifted to different sites.

An independent LNG network can be built for bulk users of Port Qasim areas based on small-scale LNG, releasing substantial transmission capacity for the north. Also, an LNG/CNG system can be associated with an independent small-scale LNG supply system. FSU can also be considered for these cases.

These systems do not require a jetty use a four-point mooring system and utilise a self-propelled Floating Transfer Terminal that is attached to the moored LNG carrier. The system is of special interest when used in consonance with FSUs. It is used in small to medium-sized LNG operations. It is especially suitable for low draft applications and short lead time requirements.

If there is a gas transmission limitation either in terms of capacity or non-coverage, truck-based LNG transportation can be used and regasification facilities can be installed at the users’ premises.

Bulk users such as power plants, large industries like fertiliser and chemical can benefit from the truck-based LNG transport. Also, in many jurisdictions, CNG plants have LNG storage and regasification facilities. Such CNG stations are called LNG/CNG stations. Such systems can be coupled with all types – land-based terminal, FSRU and FSU.

FSUs are of particular relevance as no regasification is required at the terminal.

Pakistan is in need of gas storage due to imported LNG and ‘take or pay’ contracts. FSU can be a low upfront cost solution.

All gas-consuming countries of the size of Pakistan gas market have gas storage of one kind or the other. Conventional gas storages are expensive and consume a lot of time. Immediate storage requirements can be met through FSU by converting the LNG carriers into FSU with small alterations.

One LNG ship carries LNG worth $25-30 million. The prospect and risk of losing part of it may be equal to the charter fee of a FSU of one year.

Finally, seasonal demand and pricing issues need to be considered in gas supply planning. LNG prices are seasonal – low in summer at around $5-6 per mmbtu and high in winter exceeding $10 (as a comparison, furnace oil prices are at $12 per mmbtu and are not that sensitive to seasonal factors).

The merit order itself might push these plants quite later at $10-12 per mmbtu. The must-run status of RLNG plants may have to be reconsidered. We are already observing lesser utilisation of one of the RLNG plants at 20%.

The available gas may be diverted to the domestic sector where demand increases due to heating requirements in winter.

The writer is former member energy of the Planning Commission and has recently authored “Pakistan Energy Issues; Success and Challenges”