Foreig­n minist­er hopes Pakist­an will be remove­d from FATF’s 'grey list' in June
By News Desk
Published: May 18, 2019
Tweet Email 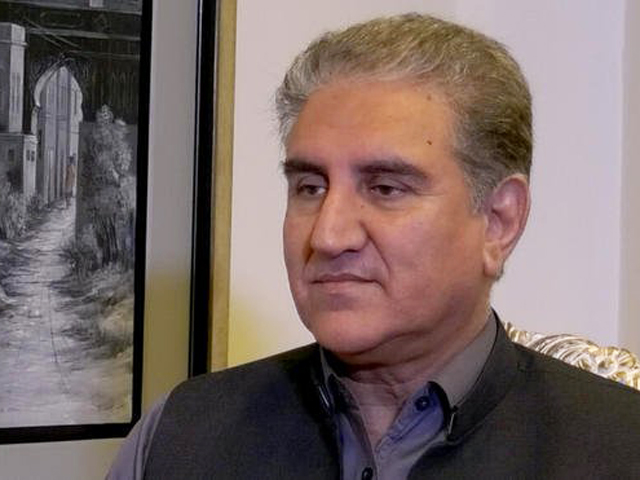 A meeting between Prime Minister Imran Khan and US President Donald Trump might take place after headway in Afghan peace talks in Doha, Foreign Minister Shah Mehmood Qureshi has said.

Speaking to Urdu News, the foreign minister said progress in in the ongoing talks between Taliban and the United States will pave way for the two leaders to shake hands. “It is not a pre-condition but the environment [for a meeting] will be more favourable if the talks move forward,” he said.

Qureshi added that both the leaders were deeply interested in establishing peace and stability in the region. “There has been progress in continuing peace talks in Doha. There are chances of further progress which may lead to a new chapter in Pak-US bilateral relations,” he said.

The latest round of US-Taliban talks ended in Qatar last week after “positive and constructive” negotiations that continued even as the Taliban bombed a US-funded aid group in Kabul.

Suhail Shaheen, the Taliban s political spokesperson in Doha, tweeted that “some progress” had been made at the sixth round of peace talks and that the foes would meet again for another round of discussions.

(1/1) Today, the 6th round of talks between IEA and US negotiation teams ended, with some progress made on the draft agreement prepared in the last round of talks. Both sides will consult with their leaders and discuss the remaining points in the next round of talks.

Before the US agrees to any withdrawal as part of an eventual deal, it is demanding the Taliban put in place security guarantees, a ceasefire and other commitments including an “intra-Afghan” dialogue with the Kabul government and other Afghan representatives.

The Taliban, however, insist they won’t do any of these things until the US announces a withdrawal timeline.

Addressing the visa sanctions that Washington had imposed on three government officials earlier this week, Qureshi said that the restrictions were “temporary” and which will “end soon”.

A Pakistani delegation, Qureshi said, was in China to brief the FATF over the steps taken by Pakistan to implement the Action Plan, hoping that that the body will remove Pakistan from ‘grey list’ when it meets in June.

On a question about Islamabad’s relations with Tehran, the Pakistan Tehreek-e-Insaf (PTI’) leader said Pakistan had historical ties with Iran, and “some powers keep trying to create misunderstandings in order to fulfill their own agendas”.

Referring to security threats being faced by Saudi Arabia, Qureshi said Pakistan stood by the kingdom whenever it was threatened and will continue to do so.

About India, Qureshi said it was New Delhi’s policy to isolate and destabilise Islamabad but it will not succeed in doing so. Pakistan, he added, was ready to negotiate with the new government that will come into power following general elections in the neighbouring country.