As a potent­ial threat to countr­y's securi­ty looms in the neighb­ourhoo­d
By Dr Ahmed Saeed Minhas
Published: May 18, 2019
Tweet Email 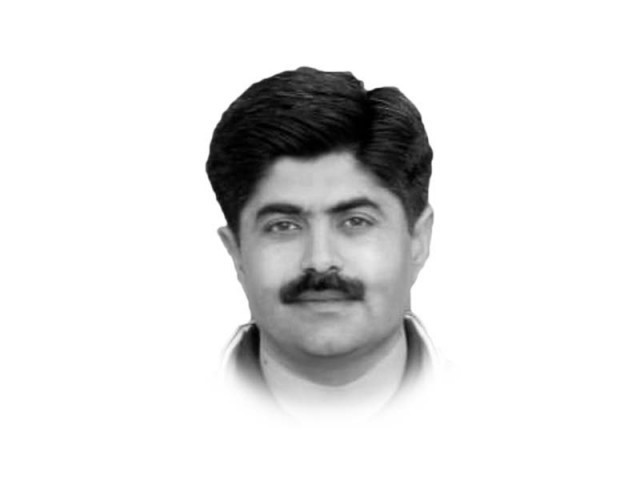 The writer is a Karachi-based independent security and strategic issues analyst. He can be reached at ahmedsaeedminhas81@yahoo.com

Contemporary security situation in Pakistan’s neighbourhood point towards the employment of hybrid warfare under a nuclear overhang. It is a known fact that despite being in possession of nuclear weapons, major powers have avoided using them for fear of large-scale destruction. Japan is the only country to have suffered the devastation and destruction caused by nuclear weapons. Bernard Brodie, who saw the nuclear weapons’ effect, writes in his book The Absolute Weapon: “Thus far the chief purpose of our military establishment has been to win wars. From now on, its chief purpose must be to avert them.”

Pakistan had to develop its nuclear weapons capability after the tragic event of 1971 and India tested its first nuclear device in 1974 by diverting the nuclear technology provided for peaceful purposes. Ironically, it named the bomb as ‘Smiling Buddha’. Since then, Pakistan had been working to balance the threat equation by first improving military hardware and training standards of its armed forces, and then indigenously embarking upon the forced route to acquire nuclear weapons technology. Pakistan attained nuclear deterrence in 1998 and that has kept India away from fighting a major conventional war.

Pakistan has successfully checkmated all Indian offensive designs by plugging gaps at all levels i.e. strategic, operational and tactical. Pakistan’s nuclear weapons programme is for defence purposes. Being a responsible nuclear weapons state, Pakistan considers these weapons as weapons for peace. But at the same time, it cannot remain oblivious to the signalling from across its eastern borders. In May 2012, when Pakistan checkmated Indian Cold Start Doctrine by testing its low-yield, short-range, nuclear-capable ‘Nasr missile’, the then Director General of Strategic Plans Division Lt Gen (retd), Khalid Ahmed Kidwai, called the missile a ‘weapon of peace’ that had consolidated Pakistan’s Full Spectrum Deterrence (FSD). For some time now, the FSD achieved by Pakistan has been irritating the Indian military and strategic community that views Pakistan as a hurdle in the way of achieving hegemony in South Asia.

The regional peace ensured by Pakistan through FSD runs in conflict with India’s expansionist designs. Aspiring to become the regional policeman – whatever way possible – India cannot remain comfortable with the peace-oriented status quo in the region. It currently enjoys the backing of the United States, which is using it as a countervailing force against China. Both the US and India are well aware of the marriage of convenience between them. India knows full well that it needs to act fast as the window of opportunity provided by the US may not remain open for long; and as they say “there are no permanent enemies and friends in the world of diplomacy”, it is quite possible for the US too to side with China and its allies as the Belt and Road Initiative (BRI) – of which CPEC is a vital part – gets operational and starts giving economic dividends. It goes without saying that the Indo-US-China wrangling for power in the region has been orchestrated by the US itself and is meant to wield as much strategic and politico-economic influence in the region as possible.

India is thus left with the sole option of engaging Pakistan in hybrid warfare. This new form of warfare is nothing but intelligent employment of kinetic and non-kinetic warfare tools with relatively extra investment with regard to non-kinetic tools. Hurting economy; forcing change of regime; creating problems for armed forces; engineering inflation, unemployment, corruption; weakening state institutions, sponsoring terrorism and sowing discord among the adversary, are some of the important tools of hybrid warfare. In simpler terms, hybrid warfare is a low-intensity conflict in which adversaries target each other’s fault lines. Pakistan’s enemies are applying these tools. International writers speak highly of Pakistan’s armed forces. Of course, they are one of the best fighting force in the world. They are fully prepared to foil any Indian misadventure. Pakistan’s military spokesman, Major General Asif Ghafoor, has already taken the nation into confidence about the nature of hybrid warfare being employed by India and Pakistan’s capability to counter it.

Alongside its valiant armed forces, the entire nation is ready to effectively respond to the Indian tactic of hybrid warfare. The media has to play a significant role, especially with regard to countering anti-state narratives from any quarter. Corruption should be rejected at all levels. People should pay taxes without waiting for others to take initiative so as to help the country get out of the clutches of international lending institutions. People should prefer self-employment by availing of the opportunities provided by the government rather than looking for jobs in government institutions. Enemies of Pakistan must not forget that Pakistan is one of the most resilient nations of the world which always remains united in the face of external threats.

The writer is a Karachi-based independent security and strategic issues analyst. He can be reached at ahmedsaeedminhas81@yahoo.com