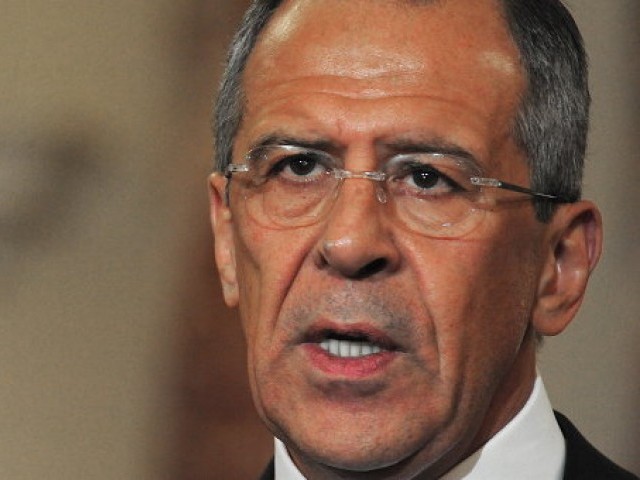 MOSCOW: Russia on Thursday praised its membership in the Council of Europe suggesting Moscow had no immediate plans to quit the rights watchdog amid a bitter row.

Russian Foreign Minister Sergei Lavrov was set to attend the annual meetings of the watchdog’s Committee of Ministers in Helsinki on Thursday and Friday.

“Russia is interested in preserving and strengthening the Council of Europe as one of the most authoritative and respectable international organisations on the European continent,” the foreign ministry said in a statement.

Moscow said its Council of Europe membership had helped the country to improve its justice and penitentiary systems and even sports over the past two decades.

The foreign ministry said ‘concrete decisions’ would be taken at the Helsinki meetings.

US, Russia clash on election meddling but eye way forward

“The Helsinki ministerial session will have a decisive role for the fate of the Council of Europe,” it said.

The statement marked a noticeable change of tone from earlier pronouncements that Russia was considering whether to quit the continent’s top rights organisation.

Russia has been under the jurisdiction of the European Court of Human Rights — overseen by the rights organisation — for more than 20 years, becoming its biggest purveyor of cases.

But after the 2014 annexation of Crimea ties with the council reached a crisis and the Parliamentary Assembly of the Council of Europe (PACE) deprived the Russian delegation of voting and other rights.

In retaliation Moscow suspended its annual 33 million euro payment to the Strasbourg-based council — about seven per cent of its budget — and has not participated in PACE sessions.

Russia could be suspended after two years of non-payment of contributions — from June this year.

More importantly, Moscow may not be able to participate in the June election of the council’s next secretary general, and Russia has warned that if this happens it may go.

Lavrov on Wednesday indicated the non-payment of contributions may not be discussed publicly during the Helsinki meetings, in an apparent win for Moscow.

Asked whether he expected the meetings to address non-payment issues, he replied: “Nothing of the kind will be discussed.”
He said a draft document had been put together on the issue, but did not elaborate.

“I am hoping that justice will be restored,” Lavrov added.

China says ‘no information’ on US trade trip to Beijing