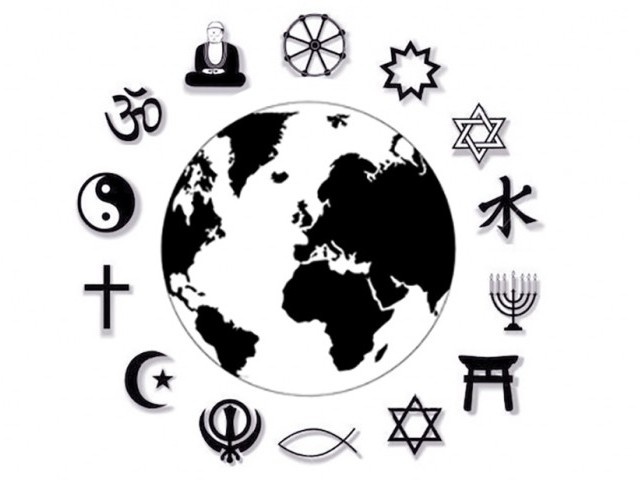 KARACHI: More than a thousand years ago, a Persian mystic known as Mansur al Hallaj was publicly executed by the rulers of Baghdad for proclaiming that humanity was truth made manifest. The famous words uttered by the sufi saint to encapsulate this argument – I am the truth – had long been a point of contention between scholars of different kinds who hoped to define divinity.

Naturally, the two opposing viewpoints from the conclusions drawn of this horrific incident, by philosophers, historians, scientists, and religious leaders, dealt with whether it was humankind that had fashioned the concept of divinity- expressed in human traits – or was it the Divine that had fashioned humanity in its image?

Over the years, as the study of pre-historic societies enhanced the understanding of early human culture, many religious historians have been forced to amend their existing arguments about divinity in light of new information that has emerged about the evolution of faith, religion and culture in human society.

Rekindling the light snuffed out by patriarchal honour

In a new book that aims to get to the bottom of this religious impulse, author Reza Aslan explores the primordial desire humankind has had to attribute human agency to the unfamiliar, and the consequences that ultimately arise of such an inclination.

Reza Aslan in an American of Iranian origin, who is a published author, religious studies scholar, producer, and television host. His previous works include books about the origin and evolution of Islam, the life and times of Jesus of Nazareth, and extremism in the age of globalisation.

The personal spiritual journey of Aslan, which he describes in the book as starting from the tepid Islam of his early years, moving on to the zealous Christianity of his American friends, and then returning to Islam as a reformist and finding in it the most universal expression of the divine, makes for a fascinating introduction to the volume.

God: A human history was released by Bantam Press at Penguin Random House United Kingdom in November 2017. An audiobook of the volume, narrated by the author himself, accompanied the release of the book. A second paperback edition, with a new, more expressive cover, was just published in April 2019.

The work details the history of faith as an organised attempt to make sense of the divine by attributing human traits and emotions onto it. This primordial desire is described by Reza Aslan as a central feature of almost all religious traditions. One possible consequence of this belief, claims the author, is that it has given rise to a God that mirrors humanity, and has influenced everyday life for millennia.

The Express Tribune spoke to Aslan about the epic story of faith, modern research on pre-historic societies, and the rise of Islamophobia across the world. Parts of the conversation with the celebrated academic have been reproduced below for interested readers. A short review of his book follows the conversation. 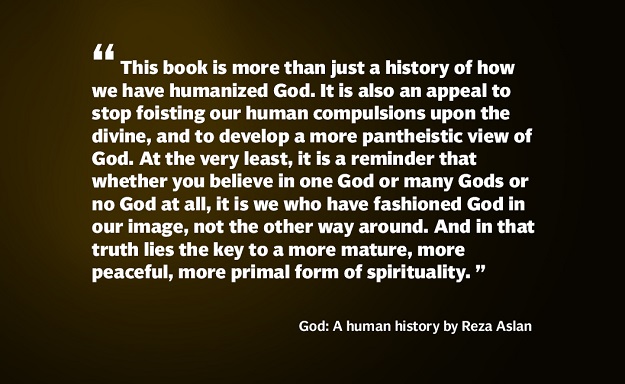 In conversation with Reza Aslan 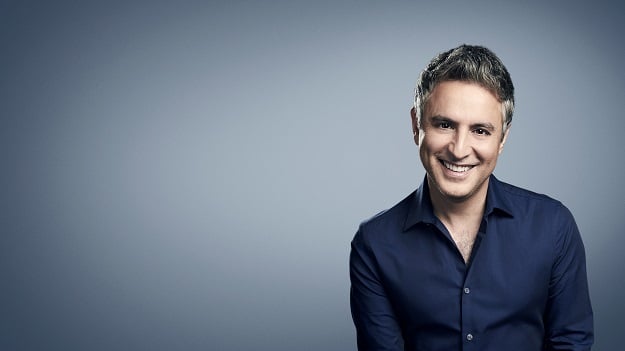 How have your personal spiritual experiences shaped the human history of God?

It is a real relationship. My spirituality, my faith journey and my research have always gone hand in hand. And I think that for me it is very important that my faith and my beliefs be grounded in reason and logic, and history and facts.

Those are the things that I think make a person’s faith stronger, not weaker. And unlike a lot of scholars of religion who spend their lives learning about researching, studying the religions of the world, I take faith very seriously.

And the work that I do, the historical, anthropological, sociological work that I do, only serves to buttress my own spiritual journey. I do not see them in conflict with each other at all.

How has research on the culture of pre-historic societies helped modern discourse on religion?

Well, I think the mind has to make a certain distinction between religion and faith. Religion is a man-made institution, that does not just rely on the archaeological evidence, and really maybe goes back 12-13 thousand years ago, if by religion we mean an institutionalized, top-down controlled set of symbols and metaphors for a particular community of faith.

But the faith experience, or what I in the book refer to as the religious impulse, goes back hundreds of thousands of years before that. And the reason this distinction is important is that I think a lot of critics of religion can dismiss religion by saying that it is just a thing that men have made up that does not have any truth to it, that it is a political or social institution etc.

And all of those things are true, but fundamentally, religion is the institutionalized expression of faith. And so studying prehistoric societies and finding in them unambiguous expressions of spirituality and faith indicates that whatever it is that leads us to create religion and follow religions is innate, it is hardwired into our brains.

It is a much deeper impulse, in other words, than merely a need for community building or top-down control of spirituality.

Is the concept of God a human construct?

I think that the way that we envision, conceive and define God is necessarily limited by our human intellect and our human ability. And so it is only natural that we would use ourselves as the primary model of conceiving and understanding god.

Now that is not to say that human beings invented or created God, it just means that our attempt to understand the divine is severely hampered by the fact that the only way we can give expression to God is by using ourselves, and that is why a central thesis of my book is that we essentially divinise ourselves when we try to think about God.

We implant on God our own personalities, our own emotions, our own desires, our own virtues and biases, and then create an eternal, omnipotent being out of those characteristics.

Does belief play a part in racism, sexism, and homophobia or are prejudices socially acquired?

It is not a simple dichotomy. I think that it is very important to understand that despite what we would expect, people of faith do not derive their values from their religion.

So it is not a simple dichotomy. We bring our own ideas into our scripture, we do not just get those ideas from our scriptures.

Would you care to comment on the rise of transnational Islamophobia and white nationalism in the west?

Obviously, the west is undergoing a profound demographic shift, both in North America and Western Europe. Those shifts have a lot to do with migration.

I think for a lot of Europeans and people in North America, they are looking around their societies and they are seeing different colors, different beliefs, different cultures vying for the same respect, the same tolerance, for the same level of power really.

I think for a lot of white Europeans, this is something that is profoundly threatening. And whenever a person’s identity is threatened, it is not that unusual for them to lash out against those perceived threats, sometimes violently.

So the rise of white nationalism is very much the inevitable consequence of the shifting demographic realities. But I do think that it temporary. I think that this kind of massive sub change is bound to create an enormous disturbance. But it is also inevitable. There is nothing to be done about it.

These changes, these racial and religious changes, that are taking place in North America and Western Europe, are irreversible and so it may take a generation or so, but eventually, I think you are going to see an acceptance of the new diversity in these lands.

Can you tell us a little bit about your future projects?

I am no longer going to be writing books about religious history, I am looking to move on to other topics and more importantly, other platforms. Creating television and films, and podcasts.

Basically what I want to do is to use media tools to reach audiences that normally I would not have access to.

My message is still the same, but instead of writing religious history books, I will be working in another field.

Do you have any message for readers of The Express Tribune?

I have spoken in Pakistan before and I am excited to do so again, and the message that I give is usually always pretty much the same. You are a young, vibrant, brilliant and diverse democracy, and there is simply no room for allowing forces of regression to dictate the nature and the values of the country.

Those values need to be defined by the population, not by its religious and political leaders. And that is the message that I think resonates well with audiences throughout the country, and I think that is why I have had such success in coming there and speaking to different kinds of audiences. 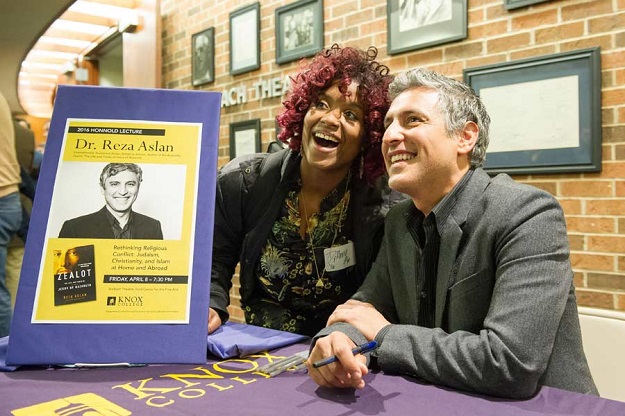 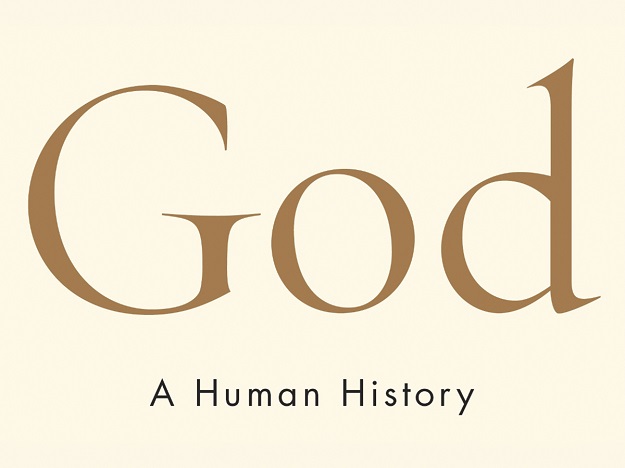 The cover of the Aslan book. PHOTO: EXPRESS

God: A Human History is divided into three parts, the first of which is about early human beings, their beliefs, and the evolution of faith. The second part focuses on the rise of religion as humanity discovered agriculture, built cities and developed civilisation. The third and final part of the book explores the birth of modern faith.

A brief introduction and conclusion have also been penned by the author which try and place the whole volume in the context of the personal spiritual journey of Aslan, and how it has to lead him to an understanding of God that is expansive and universal.

Aslan starts the history with the birth of the first belief, the concept of the soul. He dives into how early humans might have come up with this idea, the role it played in developing their critical thinking, and how the idea of a soul influenced the story of faith.

Aslan then writes about hunter-gatherer societies, the worship of hybrid beings, the development of animism, pantheons, mythology, and inevitably, the concept of Unity and the birth of monotheism.

After monotheism come the Sufi saints, who find God in anything and everything. This belief, which can also be described as perhaps the deeply ingrained human impulse to make sense of a lonely existence in the universe, has a certain charm to it.

Toward the end, the author argues in favor of a more universal view of God, one which perhaps most closely resonates with the message of the Sufis, and writes that humans have the opportunity to eliminate disagreements between believers and nonbelievers by questioning and expanding their time-honoured conception about divinity.

“Believe in God or not. Define God how you will. Either way, take a lesson from our mythological ancestors Adam and Eve and eat the forbidden fruit. You need not fear God.” notes Aslan.

The book is ambitious but supported with cutting edge research, and although the complex ideas laid out in the book might have been more suited to a volume of a heftier nature, Aslan will no doubt manage to stir deep-seated emotion and invoke soul-searching reflection in the general reader with his short history of God.

Mansur alHajjaj was dismissed by the Islamic orthodoxy as a heretic for his ideas about God. But the rulers of Baghdad did not know that condemning men does not condemn ideas. Tens of centuries later, a somewhat unsure scholar from his land has come to the same conclusions about the divine. I am the truth once again echoes from Fars.