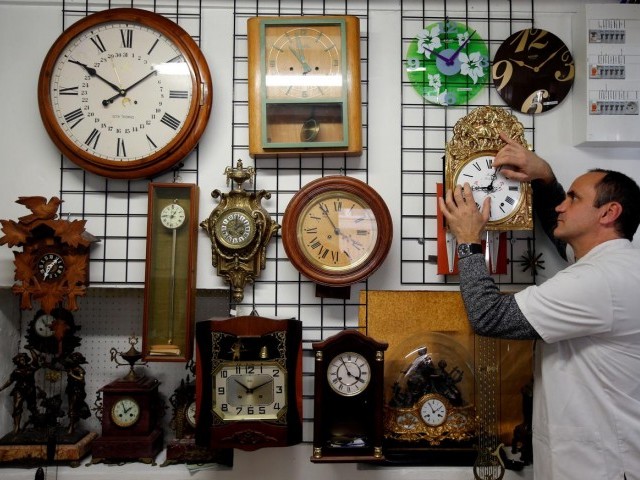 Serge Kertchef, a watchmaker, adjusts the hands on a wall clock in his workshop in Marseille, France PHOTO: REUTERS

KARACHI: In classical Hindu mythology, the river of the cosmos is portrayed with the sacred image of a dancing Shiva, which supports the coursing of the universe. The flow of time is symbolised in the rhythm of the dance, an obvious and eternal truth. However, reality has often proved to be more elusive and complicated than mythical tales of the ancient past.

For example, human beings have long observed the rising and setting of the sun and the moon, but only more recently have our species come to know that the movement of the heavens visible from earth is a consequence of the rotation of our planet, and not the motion of the sky, a myth debunked only after two millenniums of popular belief.

In the words of Carlo Rovelli, Professor of Physics at Aix-Marseille University in France, and one of 100 most influential global thinkers of 2018 according to Foreign Policy magazine, humans have come leaps and bounds over the past few centuries in enhancing their understanding of the mysteries of nature, helped by an advanced pace of change in science and engineering.

“However, the order of time remains one of the greatest remaining mysteries. Philosophers and scientists still do not know how time works. Curious threads connect it to other great open mysteries, the nature of mind, the origin of the universe, and the very functioning of life on earth,” Rovelli has claimed in The Order of Time, a new book which presents a simple but high-quality summary of the human concept of time, including new conclusions drawn from breakthrough work in quantum gravity.

Originally released in May 2017 under its Italian title L’ordine del tempo, the book was translated into English by Erica Segre and Simon Carnell. Hollywood superstar Benedict Cumberbatch also narrated a breath-taking audiobook of the work, which was released in April 2018.

The volume has received widespread critical acclaim, with writer Joseph Peschel calling it a work of ‘elegant grandeur’ in The Washington Post and reviewer Ian Thomson of The Guardian praising the widespread appeal of the book, going as far to say that Rovelli was a worthy heir to the late physicist Stephen Hawking.

The Express Tribune spoke to theoretical physicist Carlo Rovelli about his new book, the elusive nature of time, loop quantum gravity and the human quest to understand the order of the cosmos.

Parts of the discussion with Rovelli have been reproduced below for interested readers. A short review of his latest book, The Order of Time, accompanies the interview with the celebrated academic.

In conversation with Carlo Rovelli

In the book, you mention how you have an enduring passion for the Greek philosopher Anaximander, and indeed all thinkers who understand something before it has been ‘discovered’. Since the meaning of words is so important to you, why did you settle on the ‘order’ of time as the title of the book?

This is a very good question because after you read it, your realise that the book is more about the “disorder” of time than its order. Or maybe about its lack of order.

So, the title of the book may be taken as meaning: “about the order of time, which we have lost…”

You divide the book into three parts, the first to break down the traditional concept of time, the second to explain what a timeless world looks like, and the third to bring time back into ‘reality’ with more clarity and vision. Why is this last part so important, if, as you say, time is simply a measurement of change?

This is an important question because many use it to argue that the difference between time in physics and experiential time is proof that we are not part of the physical world.

I think this deduction is wrong, and for this, it is necessary to understand how experiential time can emerge from a physical world.

The audiobook of The Order of Time has been narrated by Benedict Cumberbatch and is one of the most wonderful books I had the pleasure of reading last year. Can you tell us how the publishers roped in the actor for this undertaking?

Benedict had posted a tweet saying that he was carrying with him the previous book of mine, the “Seven Lectures on Physics” and reading it over and over again.

So the editor contacted him and made the suggestion. Benedict read the book and liked it. He reads in a fantastic way: I am amazed, listening, and wonder whether was really me writing that. 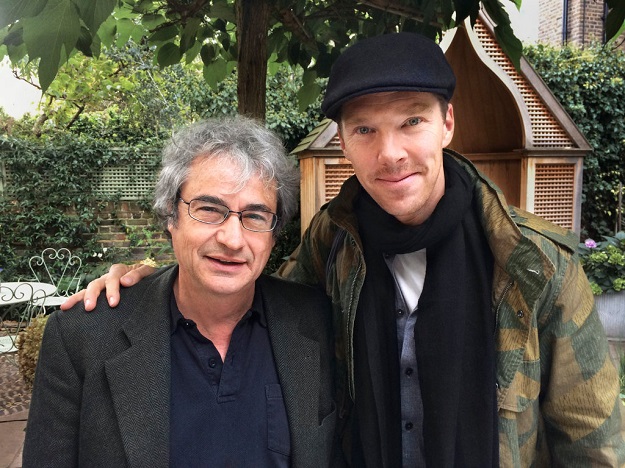 One of the biggest problems that scientists have been struggling with over the past few decades is to reconcile the differences between general relativity and quantum theory. How is your work contributing to this endeavor?

I have participated to the building of one of the main attempts to solve the problem.  It is indeed the theory called “Loop Quantum Gravity”, or LQG, which I just mentioned.  I have described this theory in certain detail in the book “Reality is not what it seems”.

I was going through lectures you have given on the topic of time which are available on the internet, and in one of those, I came across an interesting observation. While talking to a group of students in Poland, you say that the concept of time is present all over the universe only if we disregard gravity. Can you explain this for the general reader?

Gravity distorts spacetime, making it curved like mountains.  If there was no gravity, spacetime would be flat like a table.  On a table, we can draw straight lines. On mountains, there are no straight lines.

Defining the “present” in spacetime is like drawing a straight line, you can do it on a flat surface, not on a curved one.

In the book, you try to tackle the question why the past is real while the future is not. You chose to explain this by delving into the laws of thermodynamics. Can you briefly summarize the basic argument you have made regarding this particular question for a more wider audience?

This is the most difficult and ambitious part of the book. If there was a way of simplifying things very much I would probably not have written a book.

Roughly, it is not true that the past is real and the future is not. They are equally real (or equally non real). The difference is only that in the present there are more traces of the past than of the future and the reason of this is only thermodynamical, namely statistical.

The world is arranged in a rather improbable way that makes the past easier to figure from the present than the future.

Dr Abdus Salam, a Nobel Laureate in Physics who hailed from Pakistan, worked on the unification of the weak nuclear force and the electromagnetic force in the quest to develop a unified theory of the universe. Do you think humanity has come any nearer to developing a grand understanding of our cosmos? 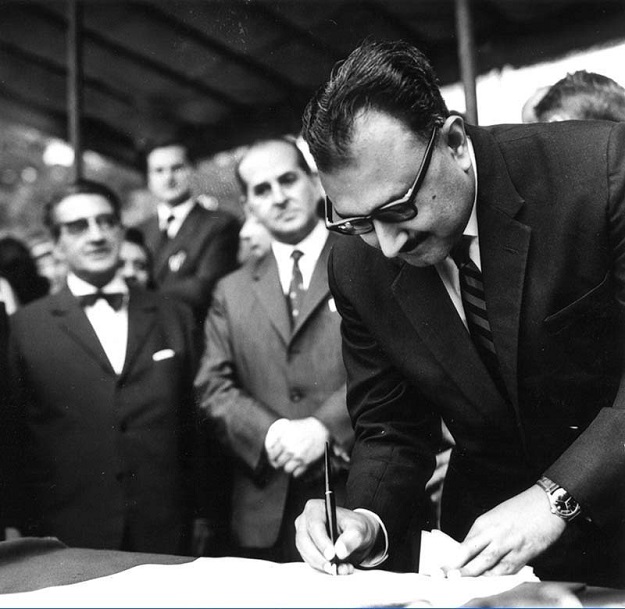 I have had the fortune of meeting Abdus Salam. He was often in Italy, because with the Nobel prize money, he started a great center for theoretical physics, open to scientists of all other the world. The center is located in Italy, in Trieste. I have worked there for a short while, just after my studies.

No, I do not think that humanity is any nearer to a final understanding of the universe.  There are too many things we still do not know.

Do you have any message for the young physicists in Pakistan who are reading this?

Carlo Rovelli has divided The Order of Time into three parts. The first part gives a brief account of how modern physics understands the concept of time. The second part describes how the world would look like if the concept of time did not exist. The third part delves into the constituent parts of time that are familiar to human beings in everyday life, while introducing readers to a “fiery magma” of ideas that are meant to take them “up to the brink of that vast, nocturnal and star-studded ocean of all that is still unknown”.

Some of the more intriguing questions tackled in the book include: Why do humans remember the past and not the future? Does our species exist in time or does time exist in us? What does it really mean to say that time passes? What is one listening to when one listens to the passing of time? The professor uses physics to take a crack at answering these questions. 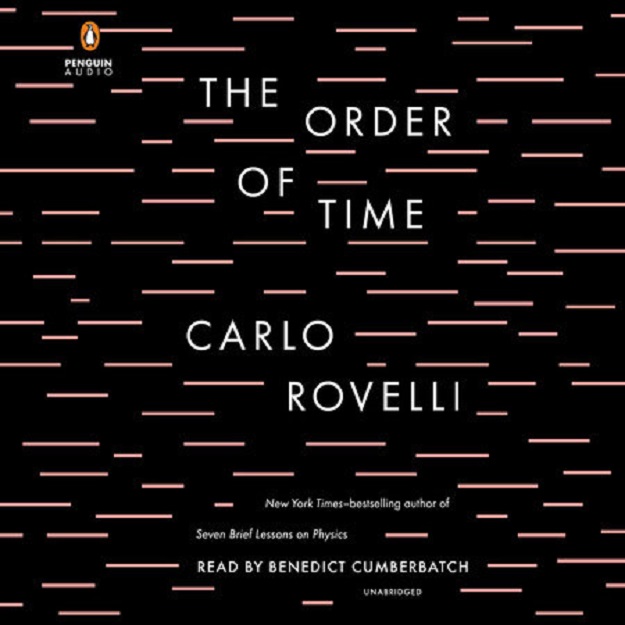 The beautiful thing about the writing of Rovelli is that he truly is a poet of modern physics. The professor explains complex ideas in a simple yet elegant manner and wonderfully combines philosophy, science and the arts. Although the combination might be off-putting for some experts, it is possibly the reason why the published works of the physicist have sold millions of copies worldwide.

In the beginning of the book, Rovelli breaks down the concept of time. He argues that the growth of knowledge has led to a slow disintegration of the notion of time, and that many characteristic features of time are mere approximations; mistakes determined by human perspective. He explains how, contrary to popular belief, time is not the same for everyone. He also outlines how the flow of time as we know it, past, present and future, does not actually exist. The arguments are quoted with physical and philosophic lines of reasoning.

Towards the middle, the professor underlines what a timeless world would look like. He tries to put in easy words his work on loop quantum gravity and attempts to clarify ambiguities between the theory of general relativity and quantum mechanics. Put simply, Rovelli writes about a grand understanding of the universe.

In the concluding pages of the book, Rovelli notes that time is basically a stratified notion. Human beings think time “flows” because the way our human brain is wired. The laws of thermodynamics govern why humans have traces of the past and nothing of the future. Time is unique only for a local area and at small velocities. It is universal only if one is prepared to disregard the concept of gravity.

Engaging, vivid, and leaving the reader with a sense of wonder in its wake, The Order of Time is a brilliant book. It leaves one convinced that physics does not describe how things evolve in time. It describes how thing evolve relative to each other. Time has lost its most defining feature: its unity, over the years. Time passes differently for everyone. Everything in this world dances to different rhythms. If the world is upheld by the dancing Shiva, there must be thousands of such dancing Shivas.