I'm married into a ‘Game of Thrones’ family: Priyanka Chopra

I'm married into a ‘Game of Thrones’ family: Priyanka Chopra

Actor says all the Jonas’ watch the show togeth­er
By Entertainment Desk
Published: May 10, 2019
Tweet Email 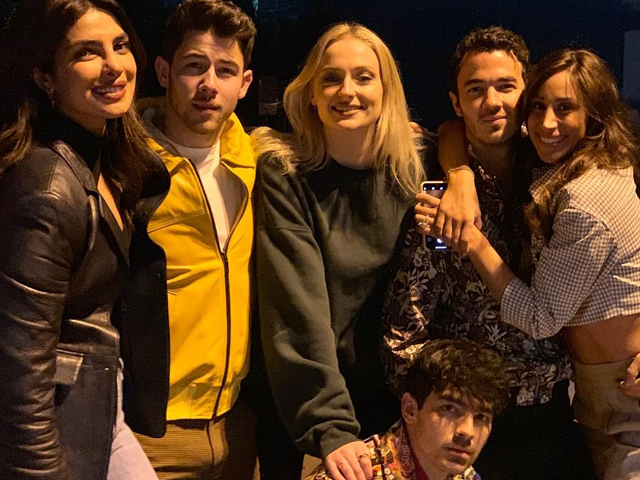 Actor Priyanka Chopra has revealed that the entire Jonas family is hooked on to Game of Thrones, which stars her sister-in-law actor Sophie Turner as Sansa Stark.

“I am married into a Game of Thrones family, I guess. Whenever we are in town together we try and do it together. The last episode, I wasn’t in town but I think everyone in the family got together, like 15 people and watched the episode,” she said.

“My husband is a huge, huge fan and I think that Sophie is so amazing in the show that we have to keep watching it. So yeah, I love Game of Thrones. I can’t wait to find out… I’m so sad, it’s getting over now.”

A supportive Priyanka posted a picture of Sophie seated on the ‘Iron Throne’ with the Bollywood starlet’s pet Diana as the Hand of the Queen, and wished her good luck just before the first episode of the final season was to be aired.

She wrote, “Good luck Sophie, you are a boss babe. And, are much loved.”

Priyanka recently spoke about Sophie and Joe Jonas’ sudden Las Vegas wedding. She revealed that the festivities were exactly what one would expect from the couple, whom she calls ‘Jophie’.

When the crew looks this good ❤️

The Bajirao Mastani star said, “That was so fun. It was so fun! And it’s so Jophie, I call them Jophie. It’s like, trust them to do that. That is Jophie!” Priyanka did confirm reports that the duo was going to have a bigger and more beautiful wedding in the future.

She recently walked the pink carpet of Met Gala 2019 with her husband Nick Jonas. Sporting a Dior gown, her look was inspired by Lewis Carroll’s Alice in Wonderland.

Her hair, done in tight and frothy curls like the Red Queen, added to the finishing touches. While many criticised her look for being too over-the-top, others said it went well with the ‘camp’ theme of the extravaganza.