No, this is not a real photo of India's Rahul Gandhi with PM Imran

SCREENGRAB
An image has been shared multiple times in posts on Facebook alongside a claim it shows Rahul Gandhi, leader of the main Indian opposition Congress party, dining with Prime Minister Imran Khan. The claim is false; the photo of Khan has been doctored to make it appear as though Gandhi is sitting beside him.

The Hindi language caption translates to English as: “Who is this eating chicken biryani beside Miya Imran? Now the people will judge. This is Pappu's condition.”

Below is a screenshot of the doctored image: 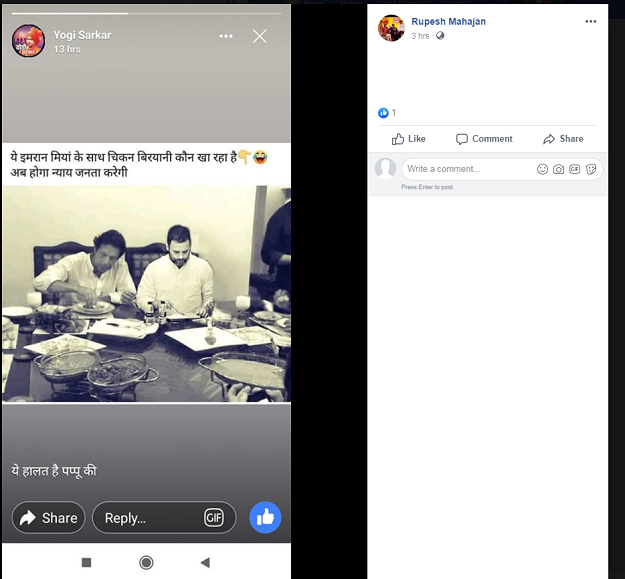 Miya is an honorific for Muslim males, while Rahul Gandhi is often referred to as “Pappu” - which means "fool" or "simpleton" in Hindi - by supporters of the ruling Bharatiya Janata Party (BJP).

Here is a report on Gandhi being called "Pappu".

The claim is false; the photo of Khan has been doctored to make it appear as though Gandhi is sitting beside him.

The part of the image showing Rahul Gandhi has been digitally manipulated. AFP has circled where someone else's hand appears next to Gandhi's: 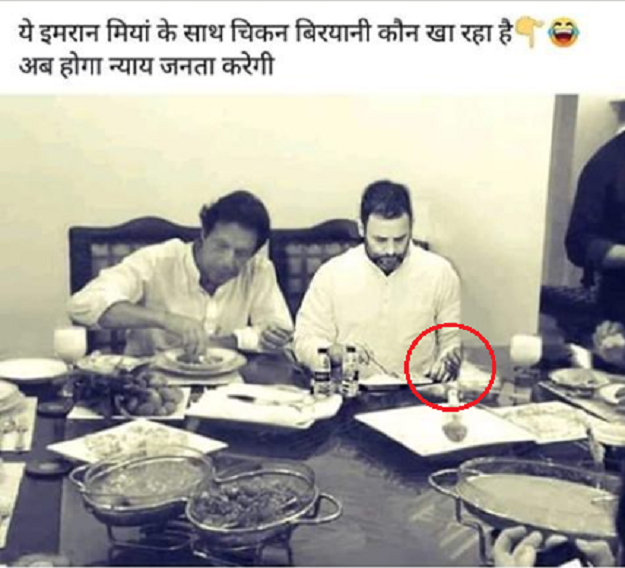 A reverse image search on Google found the image was doctored from this photo, which was posted on Twitter on July 5, 2015.

The photo shows Khan dining with his then-wife Reham Khan. Below is a screenshot of that photo. 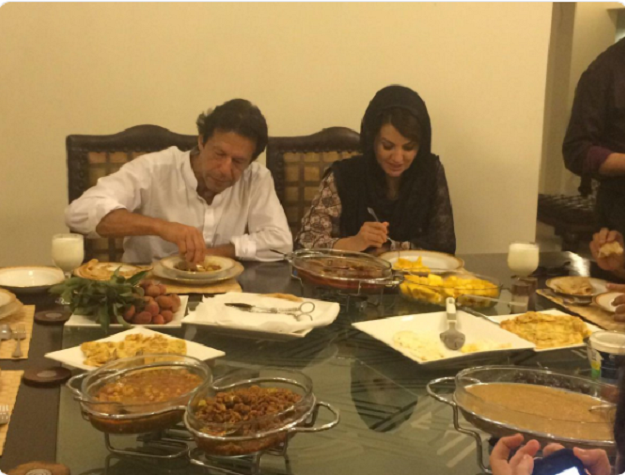 The couple divorced in October 2015 after ten months of marriage. Here is an October 30, 2015 article on their divorce published by the Guardian newspaper.

The photo of Rahul Gandhi has been doctored from this image of him opening a canteen in Bengaluru, India published by Indian newspaper The Hindu, on August 17, 2017.

In the photo, Gandhi is in the same pose as appears in the doctored image in the misleading Facebook posts.

Below is a screenshot of the photo: 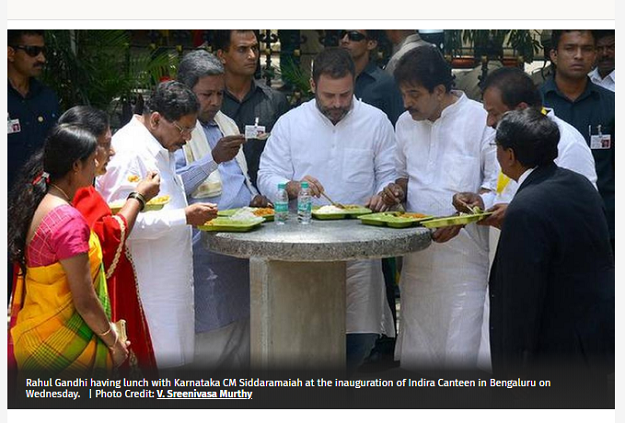 After Rooh Afza shortage in India, Pakistan offers to help