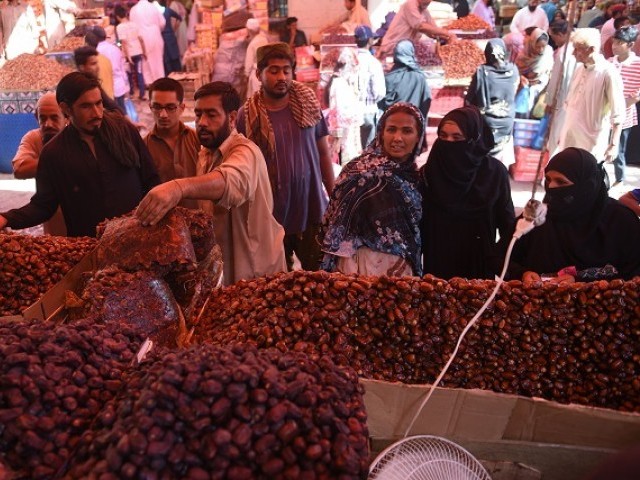 Citizens buying dates at a market in Karachi. PHOTO: AFP

KARACHI: A total of 147 cases against vendors violating the official price lists were registered on Thursday at the Karachi commissioner’s office . At least eleven vendors found violating the prices fixed by the city administration were arrested and sent to jail while a fine of more than Rs511,000 was imposed.

Those against whom complaints were received included 16 milk sellers, 42 fruit sellers, 23 vegetable sellers, 19 meat sellers, 23 poultry sellers and seven bakery items sellers, who were fined up to Rs490,000.

Karachi commissioner has asked all DCs to monitor closely the performance of magistrates engaged in the price control campaign and ensure that all food items are available to people on fixed prices. He further said that action should be taken against those who are found violating the price lists.