Girl set on fire for refusing marriage proposal in Muzaffargarh

Girl set on fire for refusing marriage proposal in Muzaffargarh

Police teams dispat­ched to arrest the compan­ion
By Our Correspondent
Published: May 10, 2019
Tweet Email 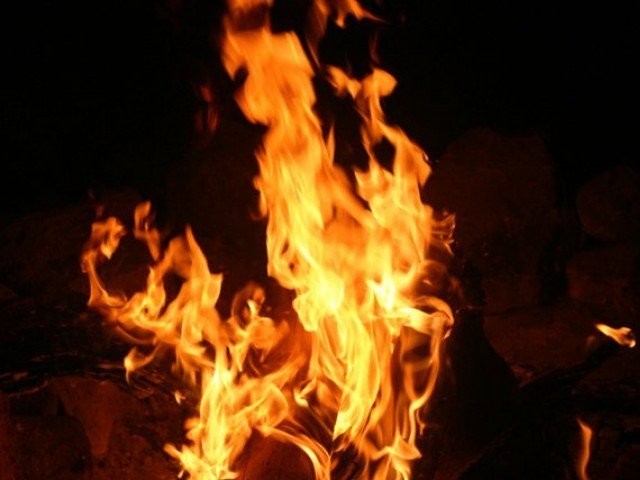 MUZAFFARGARH: A 16-year-old girl was set on fire on Thursday after her family rejected a marriage proposal in Muzaffargarh.

Police said Misbah, a resident of Basti Miani, was sleeping at her house when the suspect named Yousuf along with his unidentified accomplice entered the house around mid-night and sprinkled patrol over the girl sleeping inside a room. After that both the suspects set the girl on fire and ran away.

Female student gang-raped by van driver, his friend in Layyah

The victim’s mother said she woke up when she heard her daughter screaming in pain. She told Police that Yousuf sent his proposal for Misbah but the family rejected his proposal.

Police said Misbah has been shifted to the burn unit of District Headquarters Hospital Muzafargarh and doctors said the girl had 50% burns on her body.

Deputy Superintendent of Police (DSP) Jatoi Asif Rasheed said a case has been registered under Section 324 (attempted murder) at Bait Hazar Police station against Yousuf and his unidentified companion on the complaint of victim’s mother.

He further said police teams were dispatched to arrest the companion of suspect.