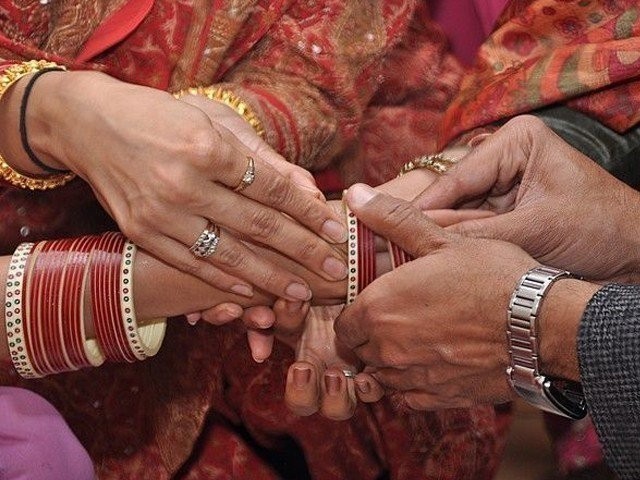 Eight women have allowed their husbands to marry for a second time in 2019 thus far. PHOTO: FILE

ISLAMABAD: As many as 28 men in the federal capital were able to get their wives’ nod for tying the knot for a second time in 2018.

According to Islamabad’s Arbitration Council’s statistics, conditions were set in return for the permission, including a regular trip to the local park and a ban on relatives of the second wife from entering the house.

Most of the women opted for the conditions that their husbands would not divorce them after their second marriage, and would continue spending most of their income on their first families.

Another woman chose that her husband would spend at least 70 per cent of his income on her and their children whereas the income she earned would not be shared with the man and his new partner.

Many others also refused to share the house with the new bride.

Meanwhile, eight women have allowed their husbands to marry for a second time in 2019 thus far.