‘GoT’ episode 4: The Mad Queen cometh

‘GoT’ episode 4: The Mad Queen cometh

To say that the latest the Battle of Winter­fell has been tough on Danaer­ys would be an unders­tateme­nt
By Zeeshan Ahmad
Published: May 6, 2019
Tweet Email 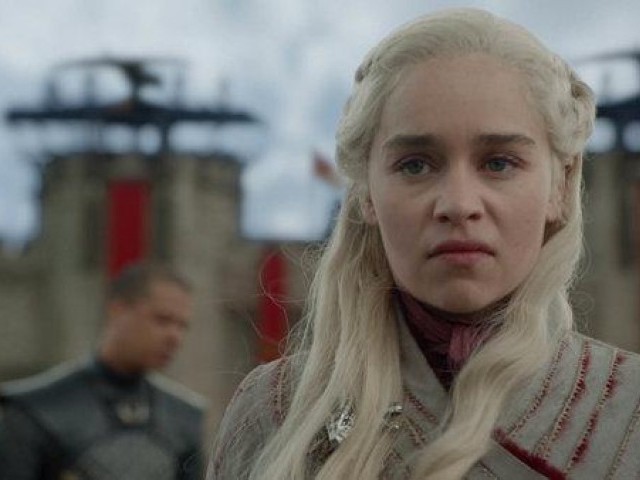 KARACHI  : So begins Danaerys’ spiral into tyranny. To say the fourth episode of Game of Thrones’ final season is tough on the would-be queen of the Seven Kingdoms is an understatement.

In the aftermath of the battle for Winterfell, she had already lost the one person who had perhaps loved her more than anyone else.  The gruelling battle that almost spelt certain annihilation had also cost her a huge chunk of the massive army she had assembled to take back the Iron Throne. 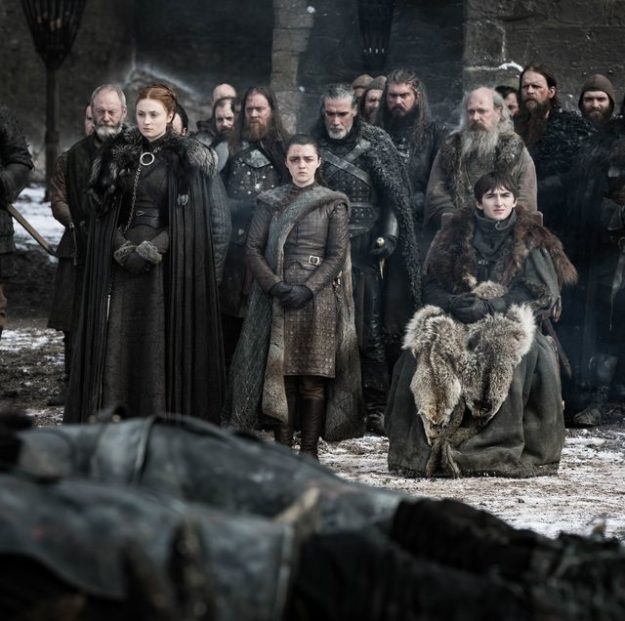 To top that off, with the battle done and dusted, many of those she had counted on to be allies in what she calls now the ‘Last War’ have also lost their will to fight. Even the Northerners are begrudgingly at her call through the sheer will of her paramour Jon Snow or, as the episode reminds us again and again, Aegon Targaryen – the true heir to the throne.

This revelation too now begins to come into play as first Sansa and Arya and then Tyrion and Varys come to learn of it. “What if there is someone else, someone better,” Sansa asks Tyrion when he attempts to win her favour for Danaerys. “Have you considered the best ruler might be someone who doesn’t want to rule,” Varys asks Tyrion as the two dwell on whether Danaerys’ ambition is increasingly blinding her. 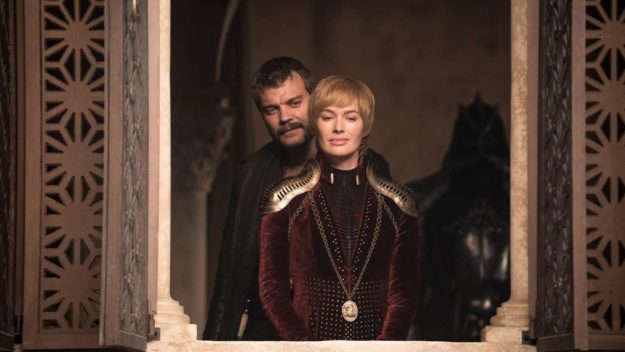 No wonder then that the Mother of Dragons was reduced to begging Jon not to tell anyone this secret earlier in the episode. But that is not the only thing that humbles her in episode four. As what is left of her legions set sail for Dragonstone, from where she plans to lead her final charge on King’s Landing, a surprise attack by Euron Greyjoy’s fleet armed with ballistas kills another one of her dragons, proving that her ace in the sleeve is not as invulnerable as she thought and her destiny, not as inevitable. Forced to turn away from the fight for once, she leaves the fleet carrying her troops defenceless as Euron decimates it.

As the survivors wash ashore, Grey Worm discovers, much to both his and later Danaerys’ shock that his lover and her trusted advisor Missandei is missing. We later find Cersei has taken her captive to use as a hostage to force Danaerys’ surrender.

When last ditch attempts by Tyrion to negotiate fail, Missandei is executed in Ned Stark fashion before Danaerys and Grey Worm. But not before uttering the High Valyrian word ‘dracarys’, which Danaerys has used to command her dragons to breathe fire on her enemies. In doing so, Missandei evokes another fiery order that taints the Targaryen legacy – the Mad King’s final, frenzied command “Burn them all.” 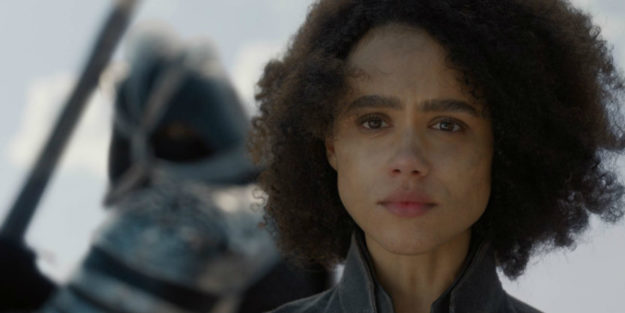 By the end of the episode, Danaerys appears firmly poised to oblige Missandei’s last wish, even if it means every man, woman and child Cersei has packed as human shields in King’s Landing will die.

In saying that word, the otherwise soft spoke Missandei also hints to the fanaticism that Danaerys’ supporters from Essos hold for her. This too, it appears, will come into play in the battle between Danaerys and Cersei for the final prize. Will it spell both their downfall remains to be seen. 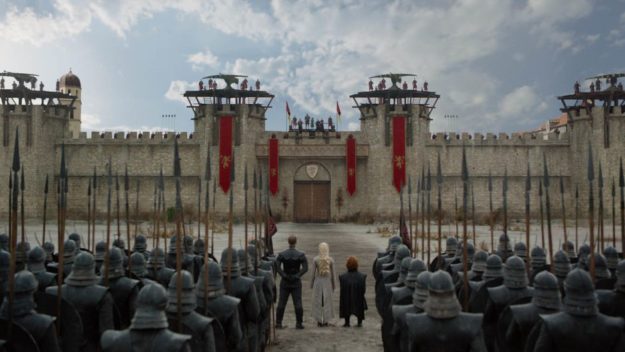 On a final note, episode four, which felt like yet another filler in the mould of episode two, now seems to be this season’s crucial one narratively speaking. After the let down the previous ones have been, what is left of the plot now appears to be moving into more thrilling territory. Here’s hoping that whatever the shocks left in store for us, further disappointment is not one of them.