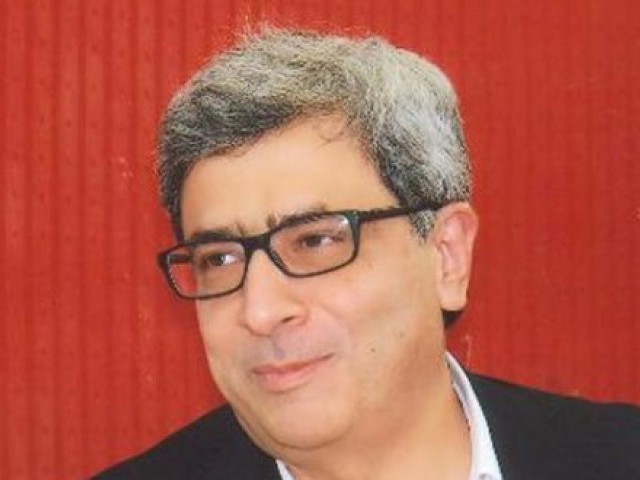 ISLAMABAD: The government has withheld the notification of Ahmed Mujtaba Memon’s appointment as the Federal Board of Revenue (FBR) chairman and his case will now be reviewed by a ministerial committee.

The notification was ready to be issued on Saturday night but the government suddenly decided to withhold it, according to finance ministry sources.

Adviser to the Prime Minister on Finance Dr Abdul Hafeez Shaikh had picked Memon as the new FBR chairman in place of Jehanzeb Khan.

Memon, an officer from the 15th batch of the Customs Group, is currently serving as the finance additional secretary in the Q Block.

On Saturday, the federal government notified Dr Reza Baqir as new State Bank of Pakistan (SBP) governor. Prime Minister Imran Khan decided to replace both the SBP governor and the FBR chairman – a move that has raised many eyebrows – in the midst of talks with the International Monetary Fund (IMF).

Dr Baqir officially assumed the responsibilities of the SBP governor on Sunday, according to a statement issued by the central bank.

Memon was supposed to assume his new responsibilities today (Monday).

The notification has been withheld because of some adverse but unverified reports against Memon, the sources said.

They added that the laid down procedures were also not followed in his case.

The decision to withhold the notification indicates that the Pakistan Tehreek-e-Insaf (PTI) government is not running the affairs of the state in a planned manner. The delay has caused embarrassment to both the outgoing and the next FBR chairman.

The sources said a ministerial committee will look into the case now. It will review the names of three candidates.

The federal cabinet had formed the committee to give a role to politicians in the appointment of federal secretaries.

There are also certain lobbies which have become active against Memon’s appointment, the sources said.

They have brought forward a three-year-old corruption case against Memon. The Federal Investigation Agency (FIA) had lodged an FIR accusing Memon of corrupt practices.

According to the then media reports, Memon bought movable and immovable properties in his own name as well those of his family members that were disproportionate to his known sources of income.

Subsequently, the courts had acquitted Memon and it should have put the case to rest. The sources said the PM Office had also sought a report from intelligence agencies about the veracity of these allegations.

In case the government decides to reverse its decision to appoint Memon as the FBR chairman, Javed Ghani — a grade-22 officer currently serving as the Policy Customs member — could be a strong candidate, the sources said.

The name of Fazil Yazdani is also making the rounds in FBR and finance ministry circles.

The government has created uncertainty at a time when the FBR is already passing through one of its most challenging phases.

The sources said if the government failed to cope with pressure from various quarters, there was a possibility that Jehanzeb Khan might be asked to continue till June 30.