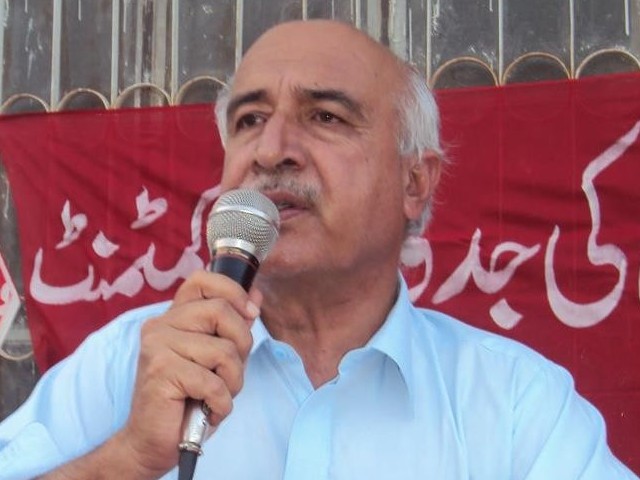 QUETTA: Former Balochistan chief minister and National Party President Dr Abdul Malik Baloch has demanded of the federal government to hand over operations of the Gwadar Port to the provincial government, saying it is the right of the people.

“Ownership of the resources of Balochistan must be given to its people. No one will be allowed to snatch the rights of the people,” said the former CM while addressing a workers’ convention arranged by the NP at District Council Hall on Sunday.

Other party leaders, including former member of the provincial assembly Haji Mohammad Islam Baloch, Hiltaf Hussain Baloch and others, were present.

“The federal government should hand over Gwadar Port to the provincial government so that indigenous people could benefit from it,” Malik added.

He said education emergency was imposed in the province and concrete measures were adopted for improvement in the health and agriculture sectors.

“Despite our efforts, a particular group could not digest our success and we faced defeat in the 2018 general elections,” said Malik, adding that any attempt by the federal government to roll back the 18th Amendment would create a crisis-like situation in the province.

He said the non-democratic and non-political people elected in the 2018 elections could not address the challenges of Balochistan. “Sense of deprivation is spreading at an alarming rate among the people due to the failure of the government’s representatives in resolving the issues of the people,” he added.