Musharraf to return on May 1, says lawyer

A man was thrashed outside a cinema in Hong Kong after he loudly gave away the plot of new 'Avengers: Endgame' to fans who were waiting to watch it on the big screen.

According to Mail Online, the man was left bloodied outside a cinema in Causeway Bay area as they on their way to the theatre.

A photo of the man, circulating online, shows him sitting down on a blood-spattered pavement.

Cinemagoers eagerly queuing to see the new film were said to have been furious as the man shouted out spoilers of the final Avengers film.

You're in for a surprise if you Google 'Thanos'

The film is the sequel to 'Avengers: Infinity War' and is the culmination of 21 feature films and 11 years of production.

The Russo Brothers, who directed the film, wrote an open letter to fans to deter them from ruining the plot to other movie buffs.

"When you see Endgame in the coming weeks, please don't spoil it for others, the same way you wouldn't want it spoiled for you. Remember, Thanos still demands your silence,” they said in a statement. 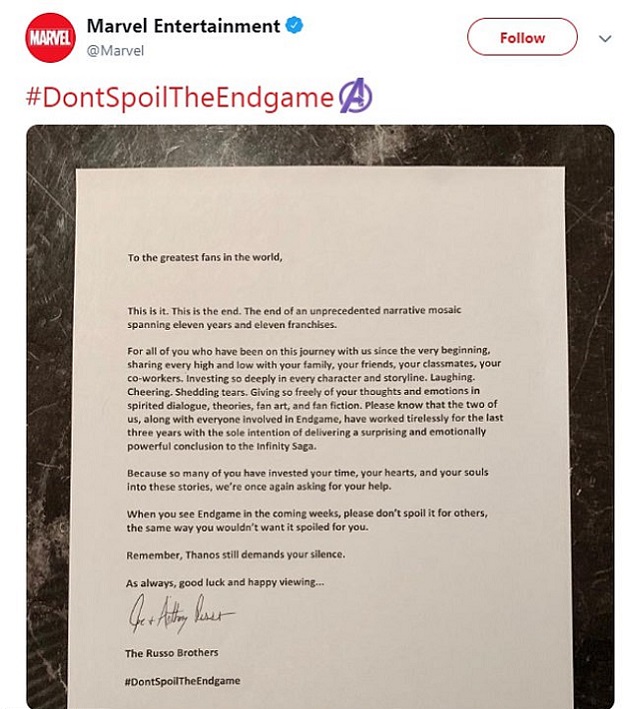 The pair singed off the letter and wrote a hashtag at the bottom - #DontSpoilTheEndgame.