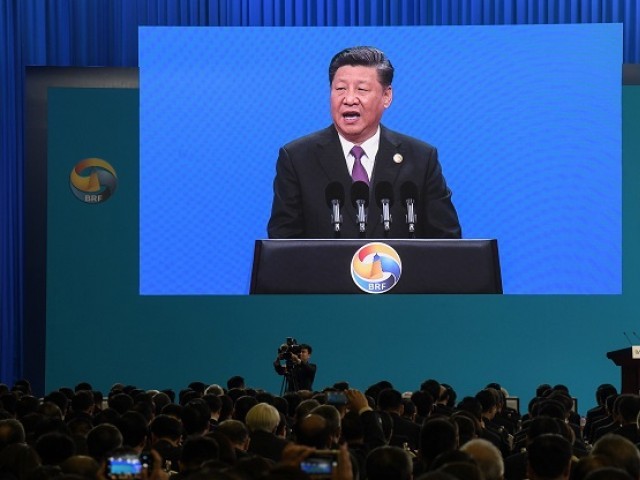 Chinese President Xi Jinping is seen on a screen as he speaks during the opening ceremony of the Belt and Road Forum in Beijing in April 26, 2019. PHOTO: AFP

BEIJING: Chinese President Xi Jinping sought Friday to bat away concerns about his ambitious Belt and Road Initiative, saying his global infrastructure project will have “zero tolerance” for corruption while vowing to prevent debt risks.

Xi made his remarks at a summit on his signature foreign policy, which aims to reinvent the ancient Silk Road to connect Asia to Europe and Africa through massive investments in maritime, road and rail projects.

The opacity of deals between Chinese companies and local governments has also raised alarm. “Everything should be done in a transparent way and we should have zero tolerance for corruption,” Xi said at the gathering of 37 world leaders.

China has also rejected accusations that Belt and Road is a “debt trap” and a geopolitical tool for Beijing’s ambitions of becoming a global superpower. “The Belt and Road is not an exclusive club,” Xi said. 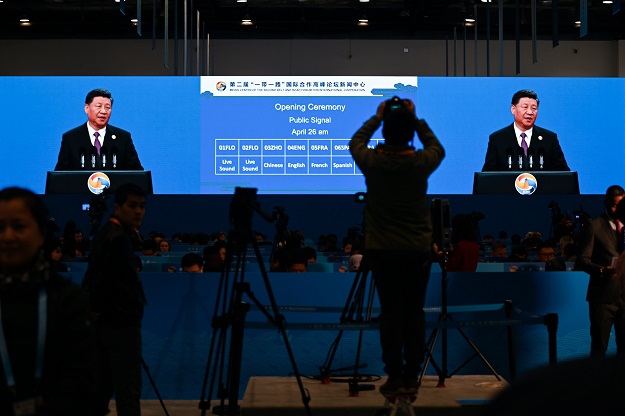 A large video screen shows Chinese President Xi Jinping speaks during the opening ceremony of the Belt and Road Forum at a media centre in Beijing on April 26, 2019. PHOTO: AFP

In a nod to the concerns over loans, he added: “We also need to ensure the commercial and fiscal sustainability of all projects so that they will achieve the intended goals as planned.”

Amid warnings that some of the massive projects are causing environmental damage in Asia, Xi said China will also promote “green” development. A study recently found that Belt and Road could accelerate the spread of invasive species in many countries.

Attendance at the BRI Summit

Leaders from 37 countries are in Beijing for the three-day forum, with officials from scores of other nations in attendance.

Prime Minister Imran Khan, Russian President Vladimir Putin and Italian Prime Minister Giuseppe Conte, whose country became the first G7 member to sign up to Belt and Road, are among the headliners. EU powers Germany and France have sent ministers to the summit. 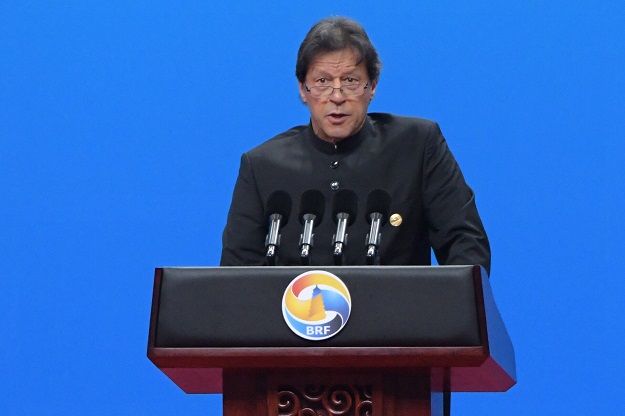 Prime Minister Imran Khan speaks during the opening ceremony of the Belt and Road Forum in Beijing. PHOTO: AFP

PM Imran, who said his country was an “enthusiastic” supporter of Belt and Road, called for the creation of an office for anti-corruption cooperation. The two countries are building the China-Pakistan Economic Corridor (CPEC), a multi-billion-dollar project linking the northwest Chinese region of Xinjiang to the Arabian sea port of Gwadar.

Putin called for a global response against protectionism, unilateral sanctions and “trade wars” – veiled criticisms of the United States. 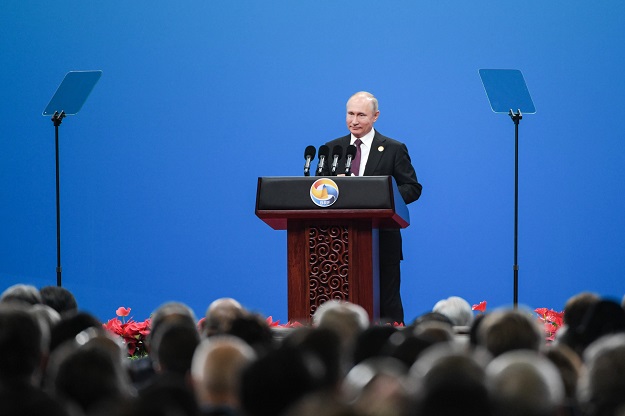 Russian President Vladimir Putin speaks during the opening ceremony of the Belt and Road Forum in Beijing on April 26, 2019. PHOTO: AFP

The United States, which sent a senior White House official to the first BRI summit in 2017, has not dispatched any officials. Washington, which involved in trade and other diplomatic spats with China, has dismissed BRI as a “vanity project” and rebuked Rome for signing up to the scheme.

With US negotiators heading to China for a new round of trade talks next week, Xi repeated a pledge to increase imports and vowed to abolish “unjustified” subsidies to Chinese firms – both the key US demands. 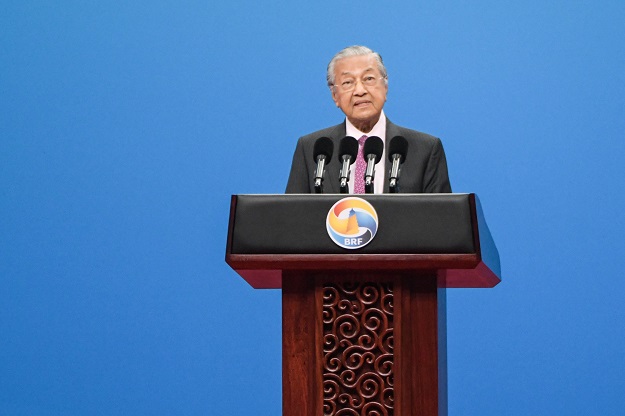 Malaysia’s Prime Minister Mahathir Mohamad speaks during the opening ceremony of the Belt and Road Forum in Beijing on April 26, 2019. PHOTO: AFP

After his electoral victory last May, Malaysian Prime Minister Mahathir Mohamad cancelled some planned works and renegotiated a rail project cutting 30 percent off the price tag.

But Mahathir said at the summit that “the Belt and Road idea is great” and he “fully” supports it.

Xi’s plan to rebuild the old Silk Road to connect China with Asia, Europe and beyond with huge spending on infrastructure, has become mired in controversy as some partner nations have bemoaned the high cost of projects. Western governments have tended to view it as a means to spread Chinese influence abroad, saddling poor countries with unsustainable debt.

China has repeatedly said it is not seeking to trap anyone with debt and only has good intentions and has been looking to use this week’s summit in Beijing to recalibrate the policy and address those concerns.

Xi said in a keynote speech to the summit that environmental protection must underpin the scheme “to protect the common home we live in”.

“We must adhere to the concept of openness, greenness, and cleanliness. Operate in the sun and fight corruption together with zero tolerance,” said Xi. “Building high-quality, sustainable, risk-resistant, reasonably priced, and inclusive infrastructure will help countries to fully utilise their resource endowments.”

Since Xi launched Belt and Road in 2013, China has invested $90 billion in projects while banks have provided upwards of $300 billion in loans, according to Chinese officials.

But examples of debt trouble abound.

While most of the Belt and Road projects are continuing as planned, some have been caught up by changes in government in countries such as Malaysia and the Maldives.

Sri Lanka turned over a deep-sea port to China for 99 years after it was unable to repay loans. Pakistan needs an international bailout. And Montenegro has had to make difficult choices after taking on crushing Chinese debt to pay a Chinese company to build a new highway.

Since 2017, the finance ministries of 28 countries have called on governments, financial institutions and companies from Belt and Road countries to work together to build a long-term, stable and sustainable financing system to manage risks, China’s finance ministry said in a report released on Thursday.

Debt sustainability has to be taken into account when mobilizing funds, the finance ministry said in the report, which outlined a framework for use in analyzing debt sustainability of low-income Belt and Road nations and managing debt risks.

The framework is based on the IMF/World Bank Debt Sustainability Framework for Low-Income Countries while penciling in local conditions and development of partner nations, according to the report.

Those that have been shelved for financial reasons include a power plant in Pakistan and an airport in Sierra Leone and Beijing has in recent months had to rebuff critics by saying that not one country has been burdened with so-called “debt traps”.